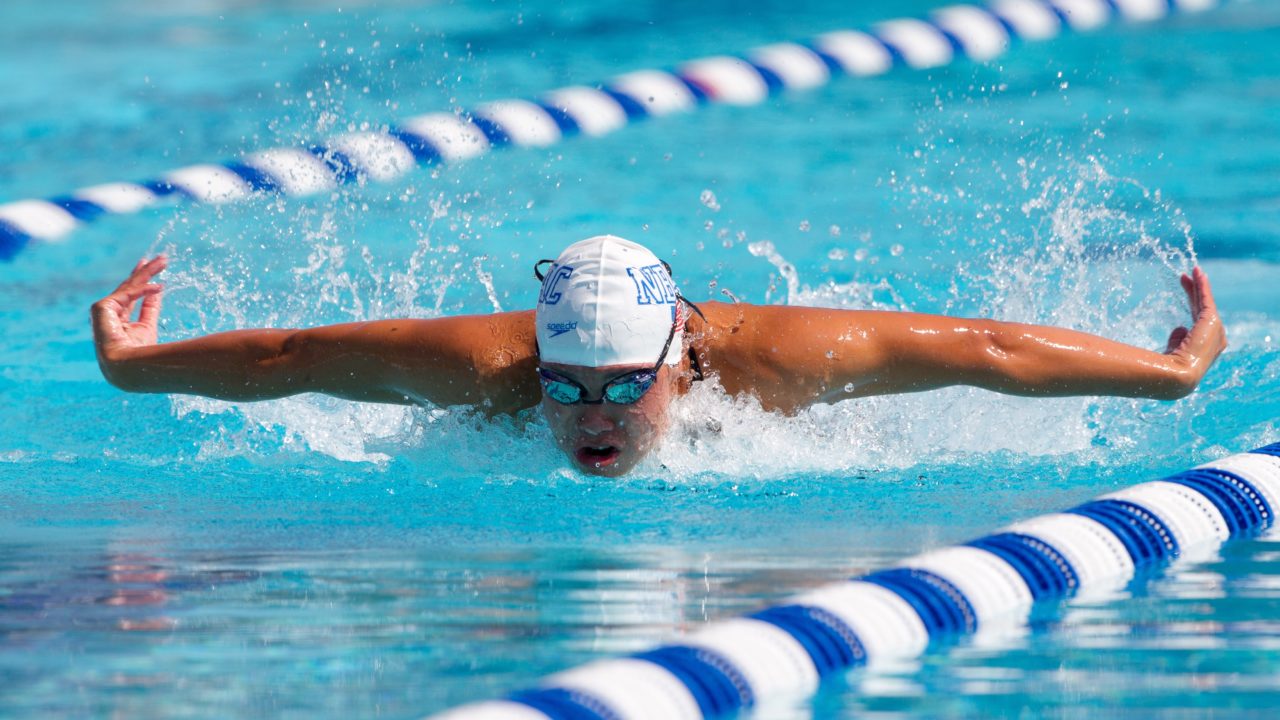 The Stanford women kicked off their 2013 competition season on Saturday with a 147-104 win over the University of the Pacific, with exhibitions for the last 4 of the meet’s 17 events. This was another typical post-winter-training meet like we’ve seen many of in the last week, but there was some special note for the Cardinal: it was the return of junior Felicia Lee, who had shoulder surgery at the beginning of the year.

Though we can’t be sure about how hard she’s been pushed in practice coming off of surgery, the times were encouraging that she’s going to have a quick turnaround and be ready to make in impact in March. First, Lee split a 24.18 in the 200 medley relay as the Stanford ‘A’ relay rushed to a 1:41.60. The Cardinal put up a 1:42.00 on their B-relay as well, after splitting their top swimmers between the two groups, but the time from that ‘A’ is still the fastest in the country through the first round of post-holiday meets (though that ranking doesn’t include teams like Cal and A&M, who haven’t competed yet in 2013).

Lee then went on to win the 100  backstroke in 53.92, and anchored Stanford’s ‘C’ 400 free relay with a 50.57 to finish a quick three-event performance (most of the Stanford team was entered in just three events at this meet).

In the 200 free, Stanford senior Andie Taylor won in 1:50.02, and held off a really encouraging swim from freshman teammate Allison Brown in 1:50.42 for the win. The Cardinal need a big performance at NCAA’s from their 800 free relay this season if they want to stay in the top 5 as a team, and one of those two swimmers will be a significant factor in how high that relay can place.

Sophomore Katie Olsen had a great medley relay split on the breaststroke (27.92), but individually focused on the 200 that she won in 2:15.29. That left freshman Sarah Haase and KC Moss to battle in the 100, with Olsen winning 1:02.40-1:02.47. Last year, the Cardinal women had somewhat of a weakness in the breaststrokes, but with Olsen healthy again and a good, focused recruiting class, they are looking deep there in 2013.

Maddy Schaefer took a win in the 100 free in 49.91, which is about where she was at this point last year, and  followed that up with a 49.4 anchoring the freestyle relay.

how did she get surgery