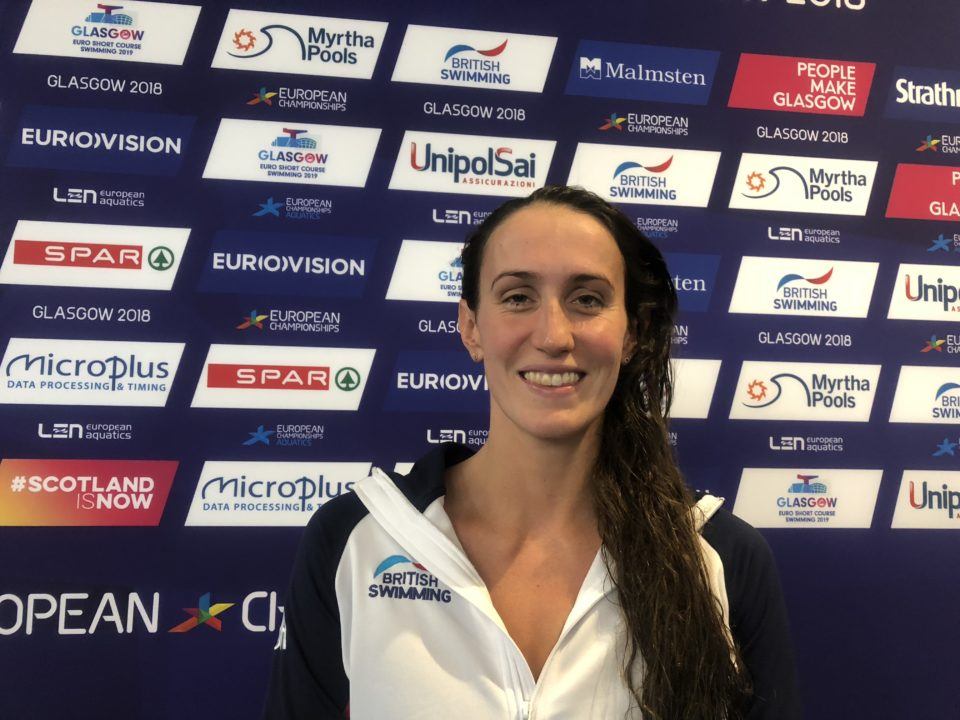 31-year-old Georgia Davies of Great Britain has announced her retirement from competitive swimming.

The backstroking ace from Wales seals up a career that includes four European Championships titles, four World Championships appearances, as well as two appearances at the Summer Olympic Games.

Speaking with SwimSwam today, Davies of the International Swimming League (ISL) squad of Energy Standard describes why now is the right time for her to hang up her goggles, as well as what she considers as the key highlight of her prolific career.

Reflecting on her career, Davies says, “As a young swimmer, I was always so competitive and determined – but I don’t think I could ever have imagined at that time that I would go on to represent Wales and Great Britain over 15 years, and win multiple international medals along the way.

“I’m so proud that I got to hear both the Welsh and British anthems play on the podium, as well as representing my country at a home Olympics. Those are truly special moments that not everyone gets to experience, and I feel so fortunate.

“Although swimming is mostly an individual sport, it’s impossible to do it alone. I think that the reason I’ve been able to have such a long career is down to how much I’ve enjoyed the journey with my teammates and friends. It’s also a testament to the level of support I’ve had all along, from my family and from some amazing coaches and support staff. I just want to express my sincere gratitude to everyone who has helped me in some way, big or small.”

Georgia is my energy standard type

An awesome swimmer who will be sorely missed in GB swimming circles. A real inspiration for female athletes, and a lovely person as well