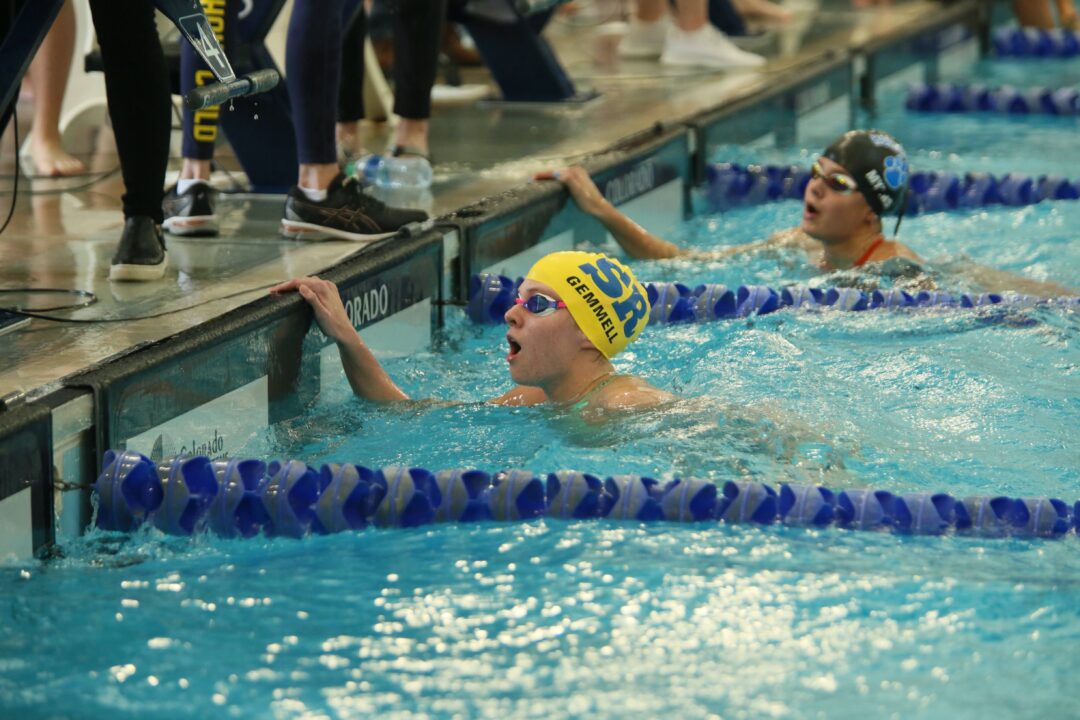 All swimming records are cool. It’s just that some are cooler than others.

Among the names to previously have held those records are two recognizable monikers. One is two-time Pan Ams medalist, 2021 Big Ten Freshman of the Year, 2021 NCAA Champion in the 200 back, and Tokyo 2020 Olympian Phoebe Bacon. The other is one of the most decorated swimmers in history, 7-time Olympic champion and World Record holder, Katie Ledecky.

The Gators opened up the meet with a 1:44.72 in the 200 medley relay. Gemmell swam the anchor freestyle leg in 22.10, joining Melina Anschutz, Cameron House, and Eleanor Sun for the league title. While that missed the league record of 1:41.62 that Gemmell, along with Bacon on the leadoff leg, set in 2020, it was a harbinger of things to come for Gemmell.

In her next race, Gemmell won the 50 free in 22.74. While that missed Caroline McTaggart‘s league record, it did break the Meet Record of 23.56 that was set in 2017 by another Holton-Arms swimmer Sydney Mathis. It also broke the old Stone Ridge School record.

That broke Phoebe Bacon‘s old school record of 23.25 that was set at the 2017 Metro Champs meet.

In this case, she broke Ledecky’s 100 freestyle team record. Incidentally, Ledecky didn’t swim that record in an individual 100 freestyle event, or even on a relay leadoff leg. Rather, her former school record was a 49.45 done to the feet on the opening 100 yards of her famous 1:41.55 200 free at 2015 Metros – which in its totality set a new National High School Record.

That’s Gemmell’s second ISL win in the 100 free – she also took the event as a freshman. The 2021 meet was canceled, interrupting her chance at a fourpeat.

Gemmell finished her day by teaming-up with Darby LeFaivre, Lauren Tucker, and Eleanor Sun to win the 400 free relay in 3:28.59, sealing the team title for Stone Ridge. Gemmell split 48.80 on that anchor leg.

Most of these teams will now move on to the DC Metro Champs as their high school season finale, where historically teams have gone significantly faster than these league championships. The DC Metro Champs, held from February 10-12, are a meet for teams in the Washington, D.C. Metropolitan Area, both public and private.

Longhorns are going to be good, very very good.

Disappointing for Grigorishin. All that money spent and loses to a High School team.