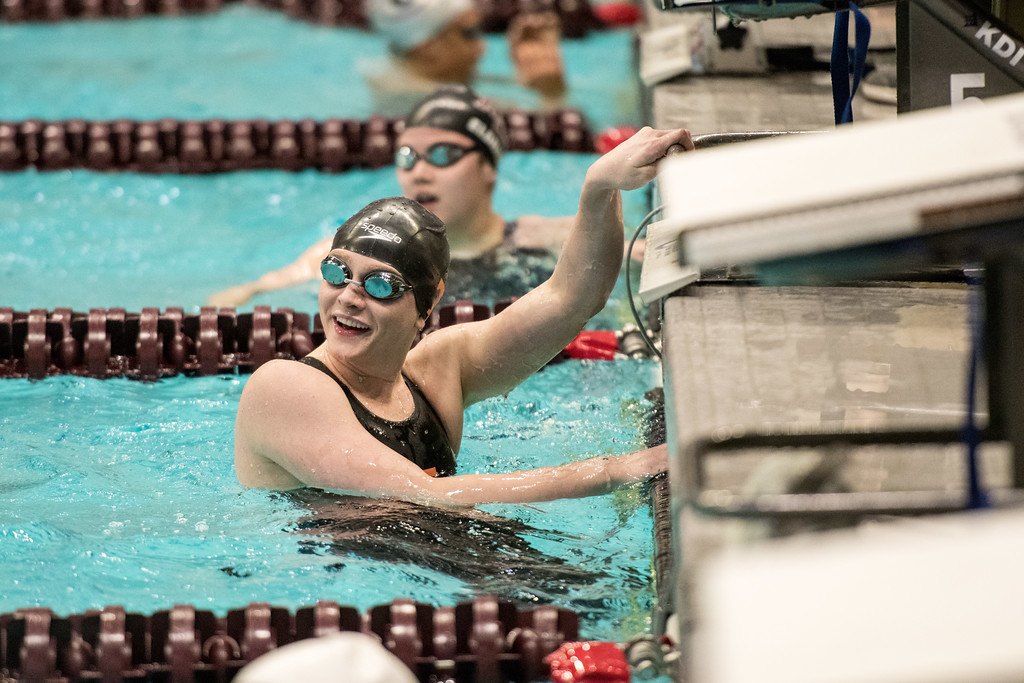 Tennessee sophomore Erika Brown continued her incredible showing at the SEC Championships on Saturday night, recording the fastest 100 fly split in history as the Vols won the 400 medley relay in 3:29.26.

With a quick reaction of 0.03, Brown was out incredibly fast in 22.80 and held strong coming home, recording a split of 49.11. She moved Tennessee up from 3rd to 1st heading into the free, and Stanzi Moseley was able to hold off Texas A&M’s Claire Rasmus on the anchor leg for the win.

On day 2 of the meet Brown joined Worrell in the sub-50 second club in the 100 fly, becoming the 2nd fastest swimmer in history at 49.85. Brown’s rise this season has been stunning, as her best time entering this season was a mere 55.12.

OK, wow that’s quick. Congrats to Erika! I’m sure she’s excited her hard work is paying off. This thread should definitely have more attention.

Agreed; she is becoming a serious title contender in multiple events for NCAAs, and if she can transfer this speed into longcourse…

Does anyone know what kind of swimmer she is? Is she reliant on superior underwater kicking or is she as strong on top of the water as she is off the walls? I can’t wait to see her swim at NCAAs.

Check out the video of her 49.85 100 fly below. Really good on both, but underwaters are fantastic.
https://www.youtube.com/watch?v=ye95CEEv9QE

Her progression is astounding. How in the world did she do it????

I heard it was a mix of USRPT with a bit of Salo type training. I know USRPT purists will say you can’t mix it with anything but there has to be room for drop dead sprints imo.

There was no USRPT built into her training. Nice try.

People down voting cause they don’t like MA… USRPT is a completely valid form or training. Don’t have to be chugging cool aid to figure out that chasing race pace places a taste of the grace you’ll face in the race.

Training at race pace is not new. Everyone does it. One big difference is that USRPT training is all at race pace with nothing else.

Most people realize the positive effects of race pace training but USRPT is all or nothing, and I believe that it why so many people have issues with it.

There is a reason why college programs aren’t 100% all in for training USRPT. They realize that in addition to race pace training, there are many other forms of training that assist in fast swimming.

Everyone always asks the question if USRPT is right for you or another swimmer. I wonder how Michael Andrew would do training with a college team, racing other… Read more »

anothr year or 2 liek this and shes gonna be faster than dressel.