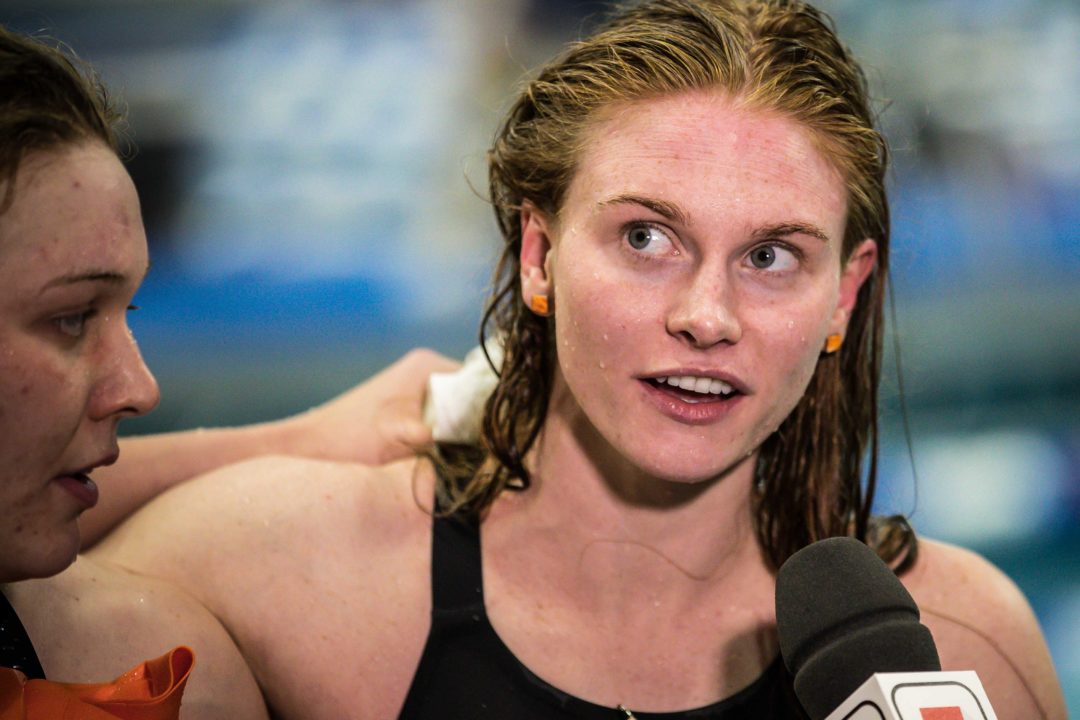 In Atlanta, Brown and Coetzee gave us a little insight into their relationship as training partners, and told us how they work together to help one another improve. Current photo via Jack Spitser/Spitser Photography

University of Tennessee superstar Erika Brown and Tennessee pro Ryan Coetzee made appearances at last weekend’s 2019 Atlanta Classic, held at Georgia Tech. Brown an impressive 54.36 in the final event of the meet, the women’s 100 meter freestyle, making her the 4th-fastest American woman so far this year in the event. In the 100 fly, Brown won the ‘B’ final with a dominant 59.56, after posting a 1:02.19 in the mornings in a training suit. Had Brown swam in the ‘A’ final of the 100 fly, her time would have been good for third behind Hali Flickinger (59.06) and 17-year-old Kate Douglass (59.33).

Coetzee, who represents South Africa but trains at the University of Tennessee, finished 4th in the men’s 100 fly in a 53.98, though he was 51.85 in April at the 2019 South African National Championships, where he earned a spot on the 2019 World Championships roster for South Africa.