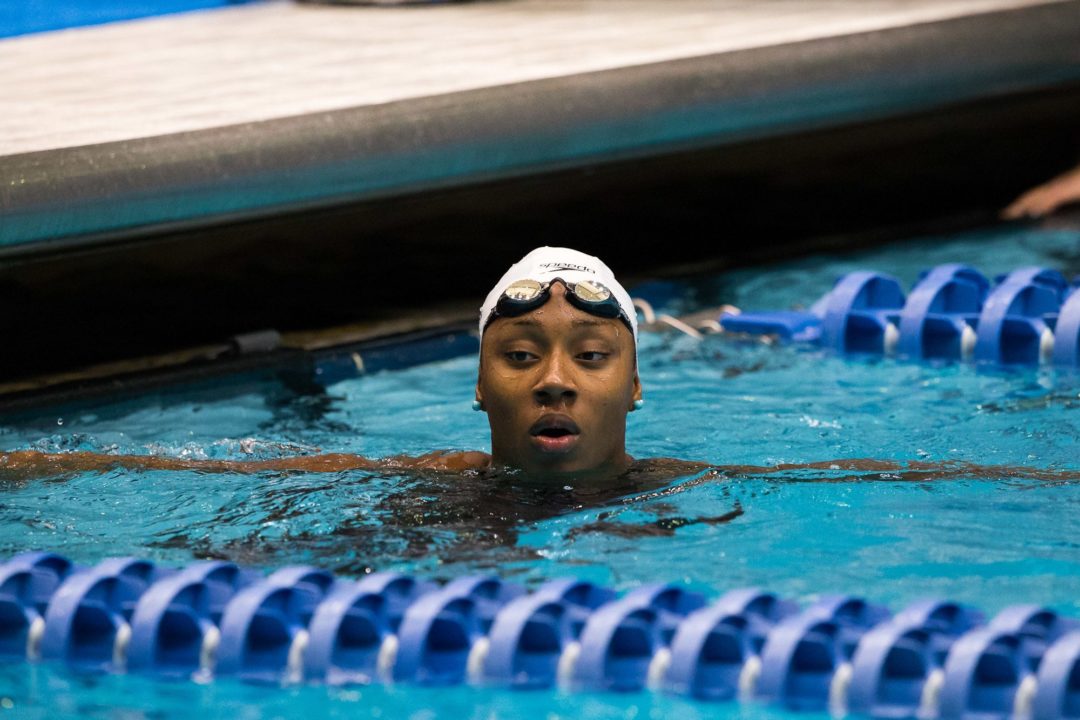 Natalie Hinds' third-place finish in the 100 free was the one outcome that really surprised our contest entries on the final day. (Photo: Tim Binning/TheSwimPictures.com)

Uhoh. We have a tie. The 2013 Women’s NCAA Championship Pick ‘Em Contest has ended in a two-way tie between DWY and Bueller.

Here’s how we’re going to break it: between the two, whoever scores highest in our men’s Pick ‘Em contest next week gets the free Engine Tech Suit. Whoever finishes lower of the two will get a SwimSwam T-Shirt for their efforts.

As for the final day, eshumaker was our highest scorer with 52 points. She will be the recipient of a free pair of Engine goggles. Swimmergirl23 and Adam B, with 51 and 50 points, respectively, will each receive an Engine Cap for their third-day efforts.

Picking performance was solid on the meet’s final day. There were some upsets – notably, Laura Sogar winning the 200 breaststroke over Breeja Larson. That wasn’t totally out of the dark though: about 10% of our entries had her winning, and many more had her in the top 3. The only real stunner was Florida freshman Natalie Hinds finishing 3rd in the 100 free. Only a handful of people had her anywhere in the top 3.

Thanks to Engine for sponsoring our contest, and thanks to all of those who entered. Stay tuned, as the men’s NCAA Pick ‘Em Contest will be up soon!

I was 3rd from last. I’ll never predict anything again, ever. I feel shame.

what score would someone have gotten if they just went with the seeded places exactly?

Correct, sorry for not pointing it out on this. Favorites would’ve earned you 115 points. Respectable total, in the least.

my oranged colored goggles left me behind the favorites. still fun. 🙂 can’t wait to do it again this weekend.