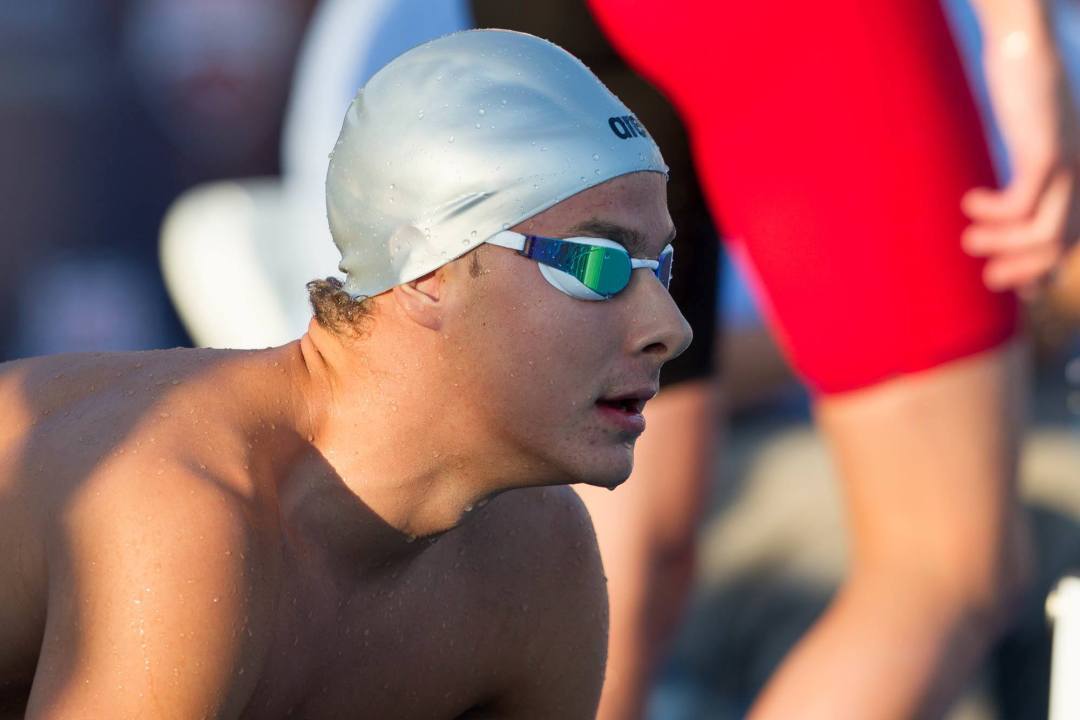 The Duke women were hot right off the bat, winning the first two events to start.

NC State hit back next with two straight wins, as Alexia Zevnik dismantled her morning time of 1:58.01 in the 200 IM (she tied her own school record in prelims) to go 1:56.53. Zevnik was the only swimmer under 2 minutes, and she was followed by her teammate Kayla Brumbaum at 2:01.39. Riki Bonnema, meanwhile, muscled out the win in the 50 free (22.05). The defending ACC Champion edged out Duke’s Maddie Rusch (22.14) at the wall.

The Blue Devil men were dominant tonight, winning both relays and picking up a victory in the 200 IM.

Bradley Cline grabbed the W in the 200 IM, his 1:46.97 topping the field. He touched out NC State’s Soeren Dahl (1:47.84), while Duke frosh Judd Howard squeaked ahead of NC State senior Christian McCurdy by a single hundredth. Howard finished third at 1:48.78.

Again, NC State picked up the most individual swims on the night. Anton Ipsen crushed the 500 free, his 4:26 in prelims proving to be just a warm up for finals. He blasted a 4:16.27, finishing almost six seconds ahead of Navy All-American Thomas Duvall (4:26.26).

Like the women, UNC’s sole win came in diving. Jack Nyquist took the 1 meter event with a score of 368.75.

Very impressive swims by the blue devils. I’m excited to see what they’ll do in the 200 Medley, 1:24?

Bilis didn’t compete today at all, prelims or finals.

Any word on why Bilis missed out today?

NC State seems to be cooling off a little since last year surge.

Not sure why Bilis wasn’t swimming, and I’d say that NC State isn’t doing terribly well as a collective team thus far in the meet. Still, can’t agree that they’re cooling off. They were lights out against Cal and Texas, showing up big time. They lost both meets but they put out valiant efforts. Season’s just started, but the Wolfpack look like they’ll be very dangerous at NCAAs.

Also, a little let down that no one who posts here has any intel on Bilis. Are we thinking he’s being kept out by health concerns, drug issues, general conduct, or academics?

The collegeswimming.com forum was so much more resourceful in its prime.

More likely that NCState is just less rested than Duke right now. NCState has bigger goals now — and they are in March, not November. If memory serves, Kropp went super fast during first semester last year, and then fizzled at NCAAs. I think it’s premature to be crowning him as the heir apparent to Cordes until he proves himself at NCAAs.

Bilis swam only the 400 free relay in finals tonight. Split 41 + and NC State hit an A cut in the relay at 250.94. Some of their team was rested, some not. They seemed to not care about the score of the meet as multiple qualifiers were scratched from finals and their earlier relays were not entered full strength. Their women’s 400 free relay also had an A cut tonight at 3:14.39 and a few other men and women missed A cuts by narrow margins.They are doing just fine. Take a look at the results for the Nike Cup. Duke also looked good.