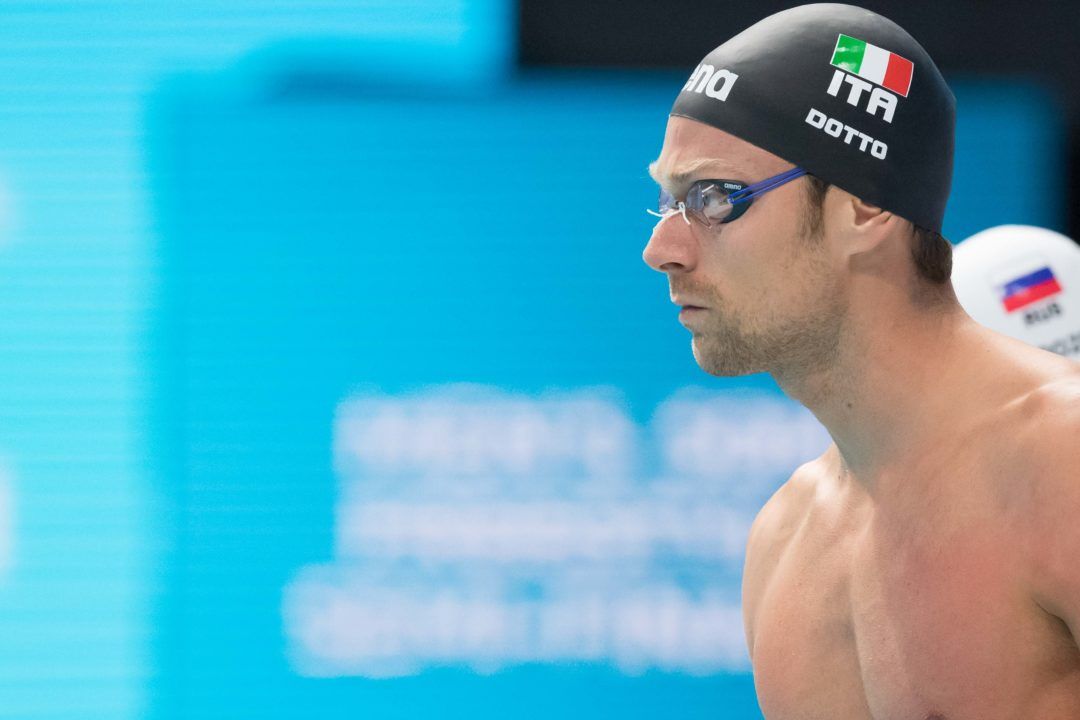 Two of Italy's most top-tier sprinters duked it out on the final night of the 2019 City of Naples Grand Prix, with Luca Dotto ultimately coming out on top. Archive photo via Mike Lewis/Ola Vista Photography

On the second and final night of the fourth edition of the 2019 City of Naples Grand Prix, three events – the 100 fly, 100 breast, and 50 free – were contested as prelims-finals events, while the rest were swam as timed-finals.

Italian national team members Ilaria Bianchi and Elena Di Liddo lead the way in the women’s 100 fly final as the only two swimmers to break the 1:00 mark. Bianchi would end up getting her hand on the wall first, clocking a 58.41 for the win; while Di Liddo followed closely behind in 58.90.

In the men’s 100 fly final, 21-year-old Giulio Brugoni took out the first 50 well ahead of the competition. Giuseppe Perfetto battled back hard on the last 50, but Brugoni would hold on to touch first in 55.26. Perfetto took the runner-up spot with his 55.71 – no one else in the race broke 56 seconds.

Natalia Foffi, the winner of last night’s 50 breast, handily topped the 100 breast field with her winning time of 1:10.46. Jessica Iacoponi, who has been a force to be reckoned with across all of the breaststroke races, followed next with a 1:11.41.

Just like Foffi’s double, Alessandro Pinzuti won tonight’s 100 breaststroke final after winning the 50 breaststroke last night. The 20-year-old hit the pad in a final time of 1:03.09, ahead of the veteran Edoardo Giorgetti, who took home second place with his 1:03.89.

The women’s splash-and-dash saw Silvia Di Pietro and Erika Ferraioli duke it out for first place. Di Pietro ended up closing out the race victorious, lunging to the wall in a final time of 25.88. The stapled Ferraioli ended up settling for second, cementing herself as the last swimmer in the field under 26 with her 25.98.

A star-studded battle unfolded in the midst of the men’s 50 free between Italian national record holder Lucca Dotto and newly minted Italian national Santo Condorelli. As the two crashed into the wall for the finish, it was Dotto who got the edge, touching first with a 22.84. Condorelli followed just a touch behind, stopping the clock at 22.96.