Despite Suit Tear, Olivia Smoliga Hits 27.96 to Sail Through 50 Back Prelims 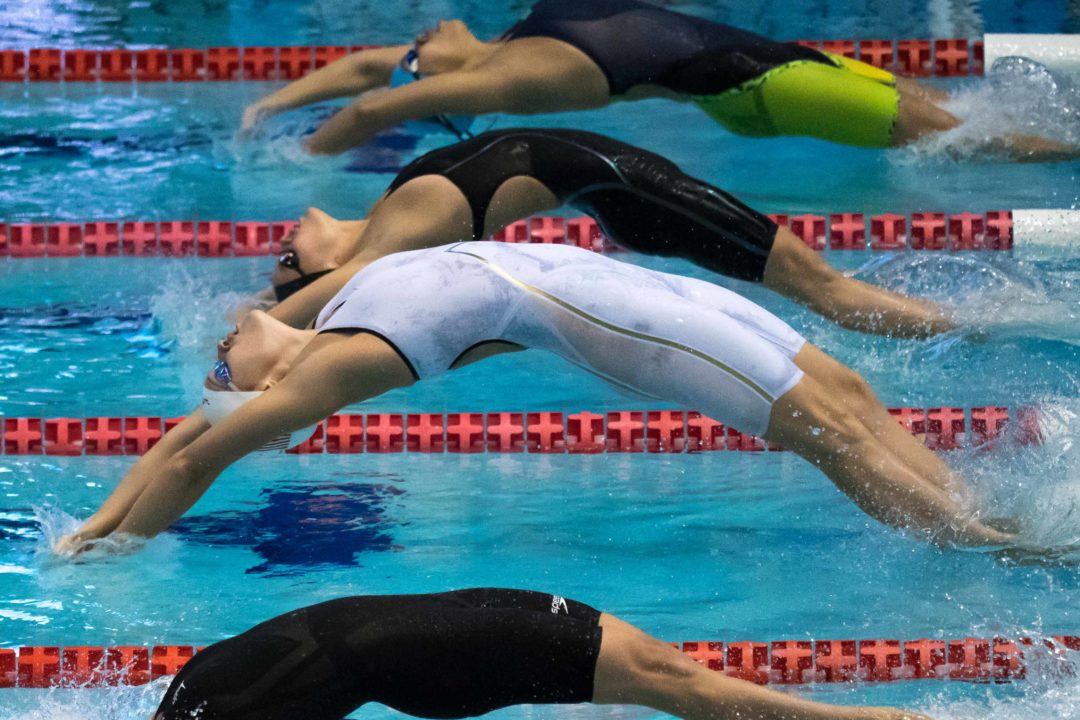 Shortly before heat three of five in the women's 50 back, it was evident that Smoliga had a rip in her right shoulder strap of her suit. Archive photo via Mike Lewis/Ola Vista Photography

Shortly before heat three of five in the women’s 50 back, it was evident that American backstroker Olivia Smoliga had a rip on the right shoulder strap of her suit. The icy white suit that the FINIS-sponsored athlete has been known for showed a clear tear, noted by the commentators on the Olympic Channel broadcast.

Risking a wardrobe malfunction, Smoliga hopped in and did what she had to do, cruising through to win the heat with a time of 27.96. That was good enough to qualify her through to the semifinals in sixth place, just over a quarter of a second behind prelims leader Fu Yuanhui of China (27.70).

Smoliga set the American record in this event at 27.43 at the Mesa Pro Swim Series in April of 2018, and she’s a strong candidate for the 50 back podium at this meet. Despite her suit tear, Smoliga’s time this morning in Gwangju was her seventh-best performance ever.

Nice job finishing nevertheless. I hope you have an extra suit for finals.

Guarantee you Finis has a rep there that had a new suit in hand before Smogs even finished the race. That’s IF they didn’t send her with a suitcase full of extra suits in the first place.

Who brings just 1 suit to an international meet?

Queen Smogs holding it down