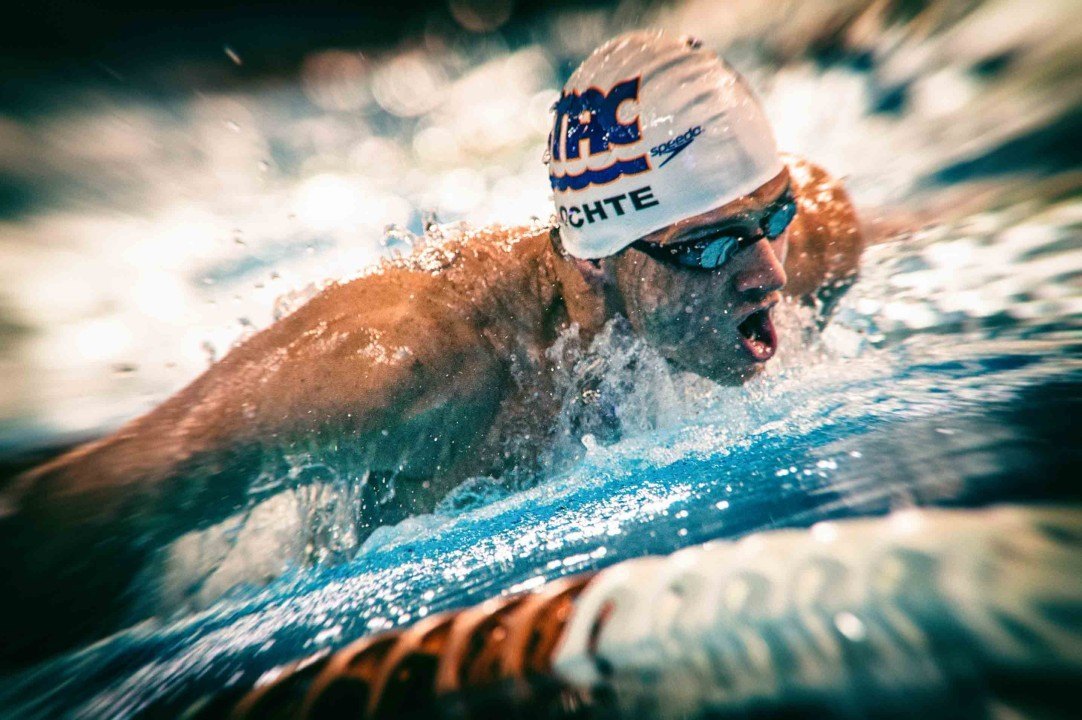 Ryan Lochte will be among a group of pros in attendance to race in short course yards next weekend in Greensboro. Archive photo via Mike Lewis/Ola Vista Photography

Ryan Lochte, Joao de Lucca, and Madison Kennedy are among the professional swimmers who will attend next weekend’s Sectional Championship meet in Greensboro, North Carolina, according to psych sheets released this week.

Sectional meets, which are designed primarily as a stepping stone for athletes to Junior National and National qualification, are often used by pros as a good test meet that are lower-effort, lower-maintenance, and in many cases lower travel than the Grand Prix series.

This particular meet is short course yards, which will give these stars a chance to swim in short course that they don’t get often once they’re done with college.

Also in attendance from the junior ranks will be 14-year old Madison Homovich from the North Carolina Aquatic Club, who when she’s rested is a threat for National Age Group Records. The distance specialist has 9 entries at the meet per psych sheets, though that is likely to be whittled down when race day arrives.

The meet will run from March 5th-8th at the Greensboro Aquatic Center.

Talking about North Carolina, keep an eye on NC 14 and under SCY age group championships in the same pool with the young 12-year-old Abby Arens who swam a pretty fast 1.04.11 last week in the 100 breast.
Psych sheet here
http://www.staraquatics.com/ncssa/UserFiles/File/ag%20champs%20psych%20sheet%202_24_15.pdf

Other interesting US meet of the weekend, Texas A&M sectionals with Breeja Larson or young distance star Gabrielle Kopenski, plus as usual for that meet a big Californian delegation.
Psych sheet here
http://www.gulfswimming.org/Assets/Gulf+Swimming+Digital+Assets/Meets/2014-2015/February+2015/022715+AGS+Sectionals+Psych+Sheet.pdf