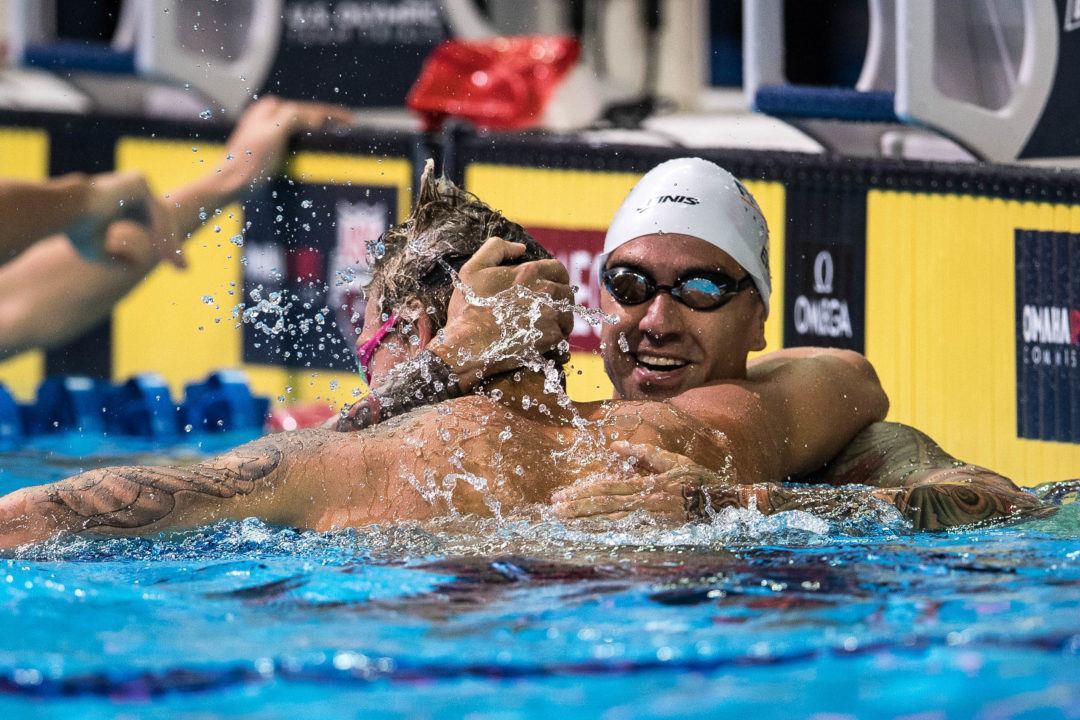 After an incredible 400 free relay on the women’s side last night that saw the Australians break the world record and both the Americans and Canadians earn national records on the way to silver and bronze medals, the men’s race is set to go off today. After how close the teams were last year in Kazan in the prelims, it’s expected that most of the teams won’t take any unnecessary chances in the prelims. Take a look at the full relay lineups for prelims below:

Looking at the lineups, there are no major surprises. Out of heat 1 we see the Russians won’t use Vladimir Morozov in the heats, just as the Italians won’t use Filippo Magnini. Neither should have a problem advancing nonetheless.

In heat 2 the American roster isn’t a surprise, with finishers 3-6 from Trials competing. Both Jimmy Feigen and Anthony Ervin will swim this morning after being part of the relay that disappointingly failed to final at the World Championships last year, so look for them to put in some good splits. The top split from this morning will likely join Nathan Adrian, Caeleb Dressel and Michael Phelps tonight in the final. The Brazilians lineup is as expected, with the possibility of Bruno Fratus and/or Joao De Lucca coming in tonight, and France has left both Florent Manaudou and Jeremy Stravius off the prelim relay, saving them for tonight. The Australians, who also missed the relay final last year in Kazan, have saved Cameron McEvoy for the final, but that isn’t a surprise.

I hope the order tonight is Dressel leading off, fastest prelim time second, Phelps third, Adrian anchoring. I really hope they don’t lead Phelps off. Dressel doesn’t seem to go faster with a flying start and Phelps was great in London going second.

I have no faith in anyone on this prelim relay but Held.

I hate to say it, but this lineup makes me verrrry nervous as well.

Why is Meynard on the French team, didn’t he swim really slowly at their trials? Could be worrying for the French.