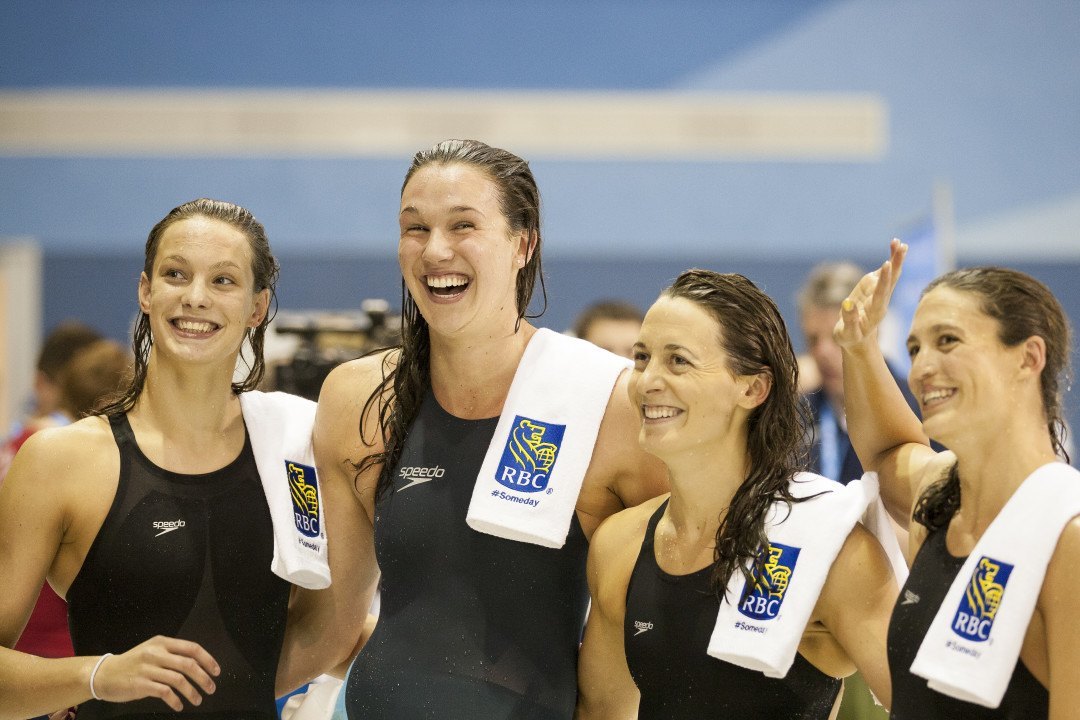 The opening day of Olympic swimming was a very successful one for North America, finishing the night with four medals and five national records, not to mention four others advancing to finals tomorrow night.

The biggest story is the Canadian women, who won the nation’s first Olympic relay medal in 24 years tonight in the 400 free relay, claiming bronze. It was also the first medal for the Canadian women in this event in 40 years, last winning bronze back in 1976 in Montreal. Their last medal was done in 1992 by the men’s medley relay, who also won bronze. The Canadians broke and re-broke the national record in the prelims and final.

Leading the way was 16 year-old Penny Oleksiak, who followed up qualifying for the 100 fly final tonight with a 52.72 anchor leg to hold off defending Olympic 100 free champion Ranomi Kromowidjojo of the Netherlands.

Here’s a look at the other highlights from North Americans On Day 1:

Though a day of many successes, there were also some disappointments.

Here’s a look at some of the disappointments on the day for North Americans:

Here’s a look at the medal table for all North American teams after day 1:

Only way Canada wins at anything non-hockey related is if they cheated. Probably PEDs.

We here dont like your overstating ugly comments , I recommand for u to change sport or channel or even life style .