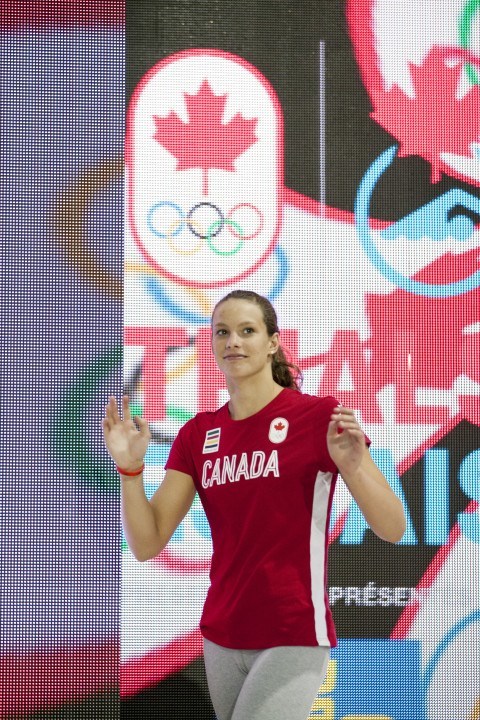 Penny Oleksiak has broken the Canadian and and Junior-World Records in the first women's swimming event of the 2016 Olympic Games. Archive photo via Chris Tanouye/www.christanouye.com

The new breed of youth that’s cracking into the elite layers of swimming are un-intimidated by the biggest stages.

16-year old Canadian Penny Oleksiak stepped into a 56.73 to qualify 3rd overall into the semi-finals of the women’s 100 fly on Saturday morning in Rio de Janeiro, placing second in her heat despite swimming against Sweden’s Sarah Sjostrom, who holds the 5 fastest times in the history of this event.

That swim for Oleksiak broke her own Canadian Record in the event, with her own 56.99 from the Canadian Olympic Trials previously holding that honor.

Her time also breaks the official Junior World Record in the event, which she also previously held in 56.99 – though a faster 56.61 from China’s Chen Xinyi in 2014 was never recognized by FINA, despite meeting the age criteria.

The splits further reinforce the fearlessness of the young Canadian, as she was willing to go out and chase the heavy gold medal favorite Swede in the pool next to her.

Congrats Penny. All of Canada is behind you.