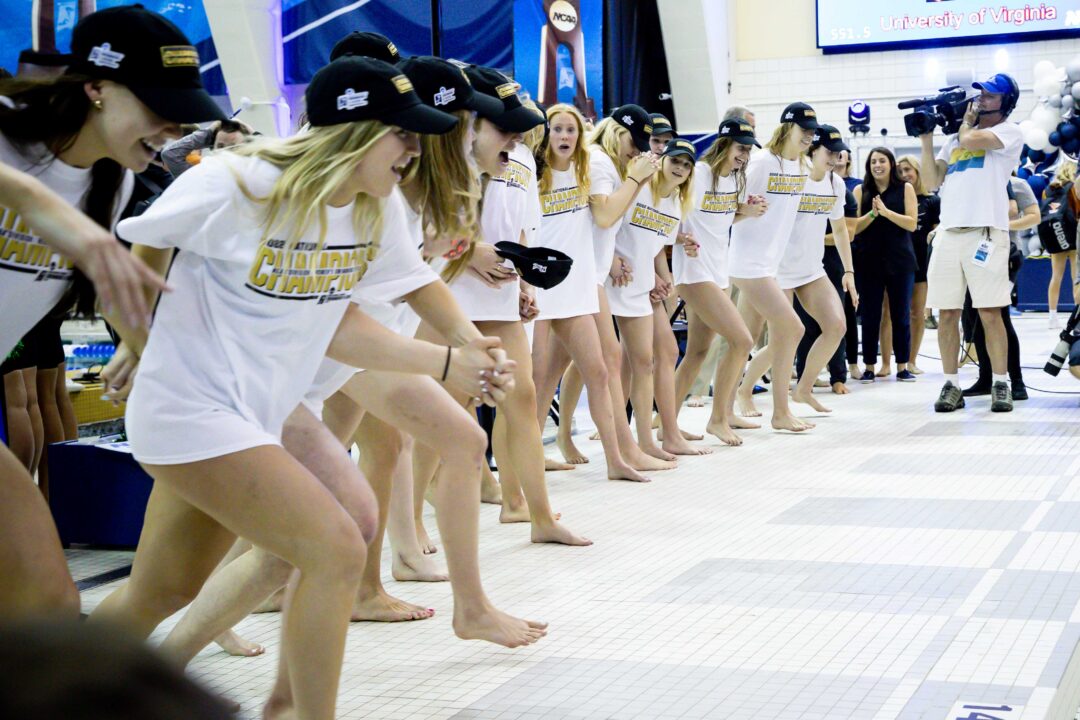 The women’s NCAA Swimming and Diving season has come to a close. Take a look at the team scoring breakdown from the NCAA Division I Women's Championship. Current photo via Jack Spitser/Spitser Photography

The women’s NCAA Swimming and Diving season has come to a close. Virginia successfully defended its NCAA title with a jaw dropping performance with six American Records, 6 Meet Records, and 5 NCAA Records. The Cavaliers won the meet by 145.5 points over the competition, finishing with a total of 551.5 points.

Texas and Stanford battled for 2nd place throughout the meet. You can read more about that here. There was also a team race for 4th between Alabama and NC State. The Crimson Tide topped the Wolfpack by 9 points, 288 to 279 points, respectively.

Based on the projected scoring that did not include diving scores, Tennessee was seeded to finish 4th, but ended up finishing 10th. USC was projected to finish 10th, but the Trojans finished the meet sitting 16th. On the other hand, Louisville was seeded 12th, but finished 6th.

why do they look like they’re about to jump into an alligator infested river? Some look terrified, lol.

There’s a couple tiers it appears. UVA in a class of their own, Texas/Stanford leading the rest, NCS/Alabama trying to keep pace with them, and then everyone else