Dartmouth Wins All But Three Events in Sweep of Bates 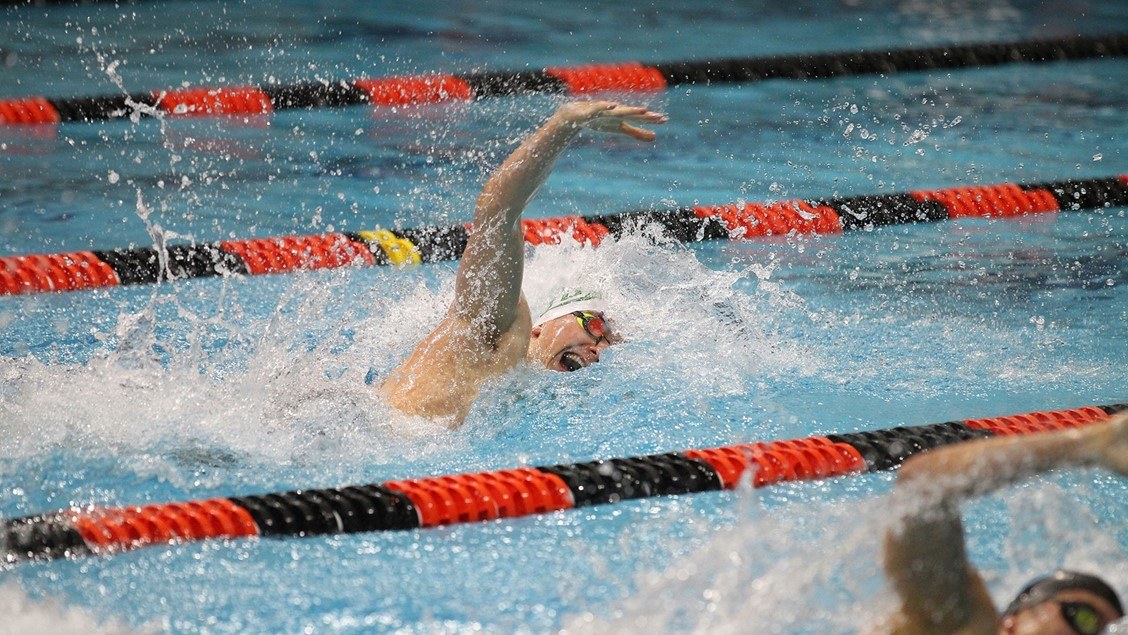 The Big Green women won all but one of the 12 events defeating Bates by a score of 166-52. The Dartmouth men had a 143-79 victory over Bates including wins in all but two events. Current photo via Dartmouth Athletics, Beverly Schaefer

LEWISTON, Maine – Dartmouth women’s swimming easily defeated Bates by a score of 166-52 on Friday. The Big Green won all but one of the 12 events, taking the top two spots in eight of them.

Minnigh broke the pool record by coming in first place in the 500-yard freestyle (5:04.83) and Wortzman took second (5:14.16). To end the meet, Dartmouth won the 200-yard freestyle relay (1:37.22). Made up of Wortzman, Eleanor Zwart, Post and Martin, the relay touched almost four seconds ahead of Bates’ A relay and broke the pool record by over a second.

The Dartmouth men’s swimming and diving team had a 143-79 victory over Bates on Friday evening. The Big Green won all but two of the events throughout the meet, taking the top two spots in six of them.

Dartmouth opened the meet by finishing in first place in the 400-yard medley relay (3:30.67), breaking Bates’ pool record at the same time. The team of Joe Moll, Brandon Liao, Connor LaMastra and Tang-e Tan left a second and a half between it and Bates in second.

LaMastra easily won the 200-yard IM (1:54.65), leaving a five-second gap between him and Jack Johnson in second and breaking the Tarbell pool record. The Big Green sophomore was back in the 200-yard fly, touching in 1:48.68 to pick up his second individual win of the day and break his second record. Hall was second (1:57.39) and Connor Richmond came in third (1:57.79).

Dartmouth concluded the meet by taking second in the 200-yard freestyle relay (1:31.07). Composed of Jacobsen, Hugh McKenzie, Gabriel Mathews and Parker Herschberger, the relay touched half a second ahead of Bates’ B relay.

The Big Green will have a month away from competition, returning on Jan. 4-5 against Penn and Yale.

“Although the score was lopsided, the meet had a ton of close races that I am very proud of. We even snuck in a few event wins which should give the whole program some confidence in our ability to race the best,” said Bates head coach Peter Casares. “It was a pleasure hosting Dartmouth. Their kids really pushed us to swim faster and dive better than we expected.”

Bates travels to Deerfield Beach, Fla., Dec. 15-23 for its annual training trip. The Bobcats’ next meet is at Middlebury on Jan. 13 at 11am.