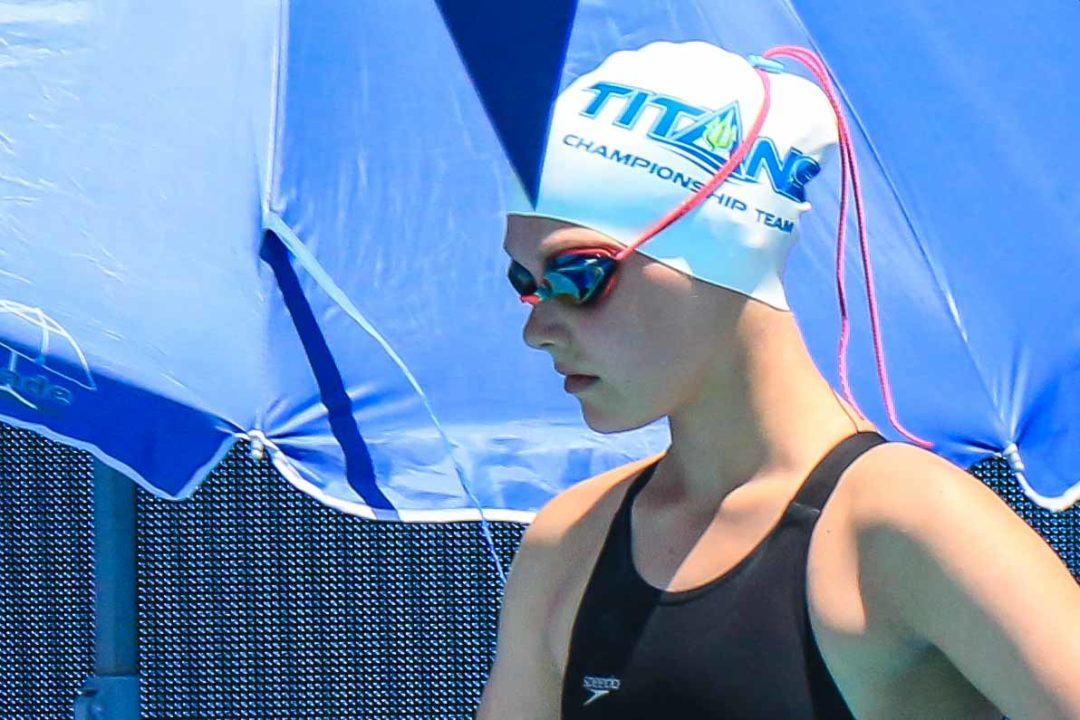 During prelims at the TAC Invitational, Claire Curzan posted a 57.37 to take the top seed in the 100 fly and Michael Cotter swam a 1:49.62 in the 200 free. Archive photo via Jack Spitser/Spitser Photography

After battling in the 100 freestyle last night, US National Team members Claire Curzan and Torri Huske have set themselves up for another match-up tonight in the 100 butterfly.

In prelims, Curzan shot past the field to post a time of 57.37, coming exactly .70 off of her best time of 56.67 which stands as the 3rd fastest time in US history. Huske finished second to put herself in the lane next to Curzan tonight, swimming a 59.31. With a best time of 57.36, Huske has the capacity to challenge Curzan for the title tonight. Aly Tetzloff and Charlotte Hook finished 3rd and 4th, with times of 59.38 and 1:00.34, respectively.

In the men’s race, NC State’s Coleman Stewart took the top seed with a time of 53.02, coming ahead of teammate Jack Saunderson’s 53.52. Both men dropped from their seed times, and could further their improvements tonight.

The other big swim of the morning came in the men’s 200 freestyle, where TAC’s Michael Cotter cut over a second off of his best time to qualify first for finals with a time of 1:49.62. Cotter set his previous best of 1:50.72 back in November at the US Open. At only 17-years-old, Cotter now moves to 37th all time in the 17-18 age group, with room to improve his standing during finals.