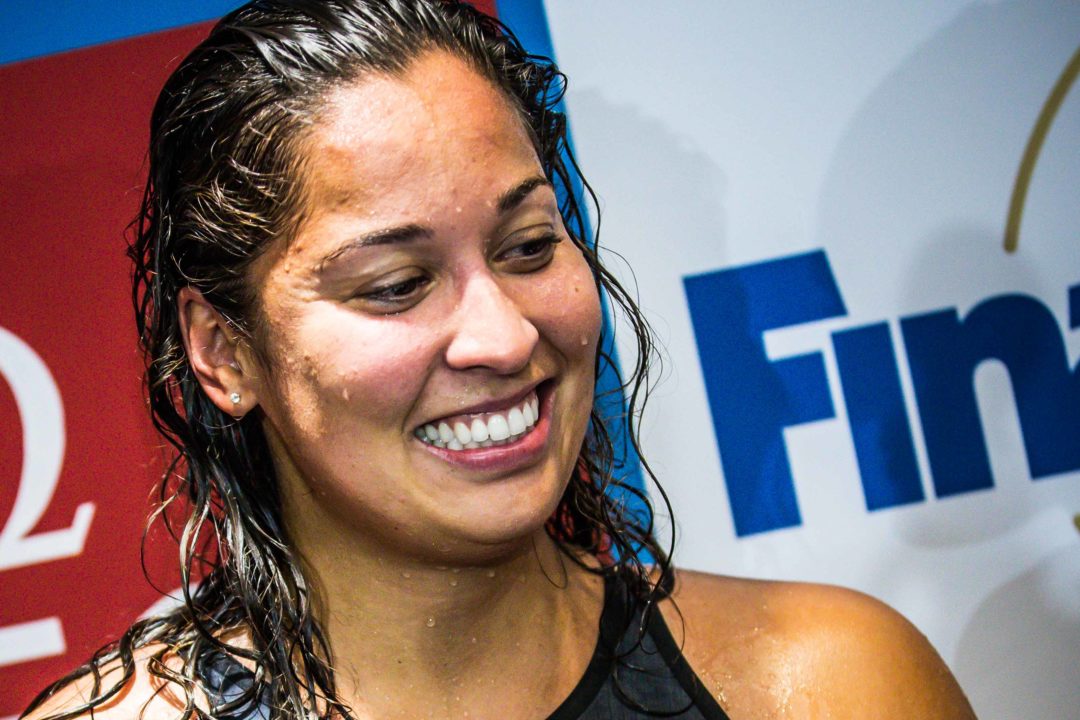 It was a day of close calls at this Eindhoven Qualification Meet, with several swimmers falling just short of Olympic-qualifying marks at Pieter van den Hoogenband Stadium.

One such case happened in the men’s 100m freestyle, with Stan Pijnenburg clocking a time of 48.63 to take the win. He edged out Germany’s Damian Wierling by .20, with fellow Dutchman Nyls Korstanje, yesterday’s 100 fly victor, finishing in 49.21 for bronze. This was after hitting nearly the exact same mark in the morning, as Pijnenburg wrangled up the top seed in 48.64 out of the heats.

Pijnenburg’s final result here checks in as a new lifetime best, overtaking his 48.75 from the Rotterdam Qualification Meet last December. However, his effort fell just .11 outside the KNZB-dictated Olympic standard of 48.52 needed to qualify for the Olympic Games.

Belgium’s Louis Croenen landed atop the men’s 200m fly podium, following up on his national record in the 100m fly last night. This evening, he clinched the victory in the longer distance in 1:56.58, a mark which sits just .10 outside the FINA ‘A’ cut in the event. Luckily for Croenen, however, the Olympian had already snared a Tokyo-worthy cut via his 1:56.30 season-best from the Rotterdam Qualification Meet.

In addition to Kira Toussaint crushing a historic new best time of 27.10 in the women’s 50m back to register a new European Record (read more here), teammate Arno Kamminga busted out a near-record of his own in the 100m breast.

The 24-year-old established himself as the man to beat out of the heats, posting a morning swim of 58.68 before skimming .04 more off to a final result of 58.65.

Tonight Kamminga opened in 27.54 and closed in 31.10 to score the gold just .23 slower than his national record. Right behind him was visiting German Fabian Schwingenschloegl. Schwingenschloegl recently hit a sub-59 second time of his own, firing off a new German record of 58.95 earlier this month. Tonight he checked in at 5930 for silver.

Ranomi Kromowodijojo scorched a winning 50m freestyle time last night of 24.11 and the two-time 2012 Olympic champion carried that same speed into the women’s 100m free. Stopping the clock in a time of 53.13, Kromo was able to hold off a charging Femke Heemskerk who wound up touching about a half-second later in 53.62.

Germany’s Annika Bruhn rounded out the top 3 tonight in this women’s freestyle, posting 54.15. That time is just .02 shy of her own lifetime best.

As for Kromo, her 53.13 inserts the Dutch woman into the season’s world rankings in slot #4, overtaking France’s Marie Wattel to become the #1 swimmer in Europe thus far. Heemskerk is already on the list with a 53.41 stunner from the FFN Golden Tour in Marseille.