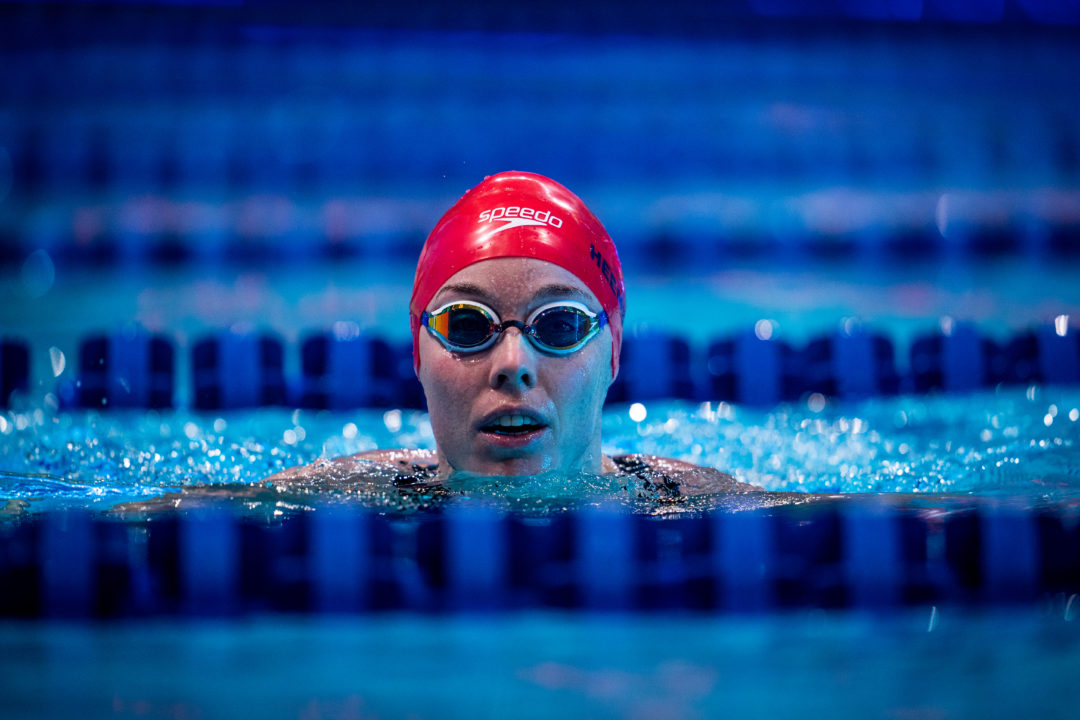 Things will be getting serious in Eindhoven this weekend, with the meet representing one of the final Olympic qualifying opportunities for Dutch swimmers. Archive photo via Mine Kasapoglu for ISL

The 2021 Eindhoven Qualification Meet is nearly upon us with the action kicking off tomorrow, April 8th, with Olympic selection implications.

Here is a refresher on the Dutch Olympic selection policy:

But for extra drama here in Eindhoven, we’ll see the battle for the remaining 50m free spot between Femke Heemskerk and Valerie van Roon.

Background on the Heemskerk/van Roon situation:

Here in Eindhoven, Heemskerk needs to beat both van Roon but also get under van Roon’s time of 24.63 in order to retrieve her roster spot.

In addition to the Dutch athletes, we’ll also see a sprinkling of Austrian and German swimmers, including Jessica Steiger and Damian Wierling.

Impossible to say where all of them are at currently (compared to their best), so it will be interesting to see if any of them have a shot at qualifying for the olympics.

You being German explains your obvious hatred and bias against any British swimmers.

Frankly, I’m rooting for Van Roon here. Heemskerk is already a three time Olympian and also going in another event. While as far as I know this would be Van Roon’s first time

Agreed and under the official criteria Van Roon earned the spot. Heemskerk should try the 200 again. That event is more open than the 50 where I don’t think Heemskerk is even one of the top 3 favourites.

I have some bad news for you in that case… Heemskerk just swam 24.28 in the prelims versus Van Roon’s 24.85
They both swim the final tonight, but Valerie would have to swim pretty fast…

This is going to be an interesting meet. Joeri Verlinden is not able to compete due to “mild cold symptoms and a covid test where number 1 was positive, number 2 negative and the tournament doctor decided he is not allowed to compete” (stated on his instagram)
There is the 50 free Valerie vs Femke and then the sometimes stricter limits to qualify. (if you want to see them, on page 2 of this document, you have a table with the qualification standards https://www.nocnsf.nl/media/1640/sjabloon-normen-en-limieten-swimming-os-tokyo-2020.pdf )
And it’s the last chance for the paralympic swimmers to qualify
I’m so ready to see all of this 🙂