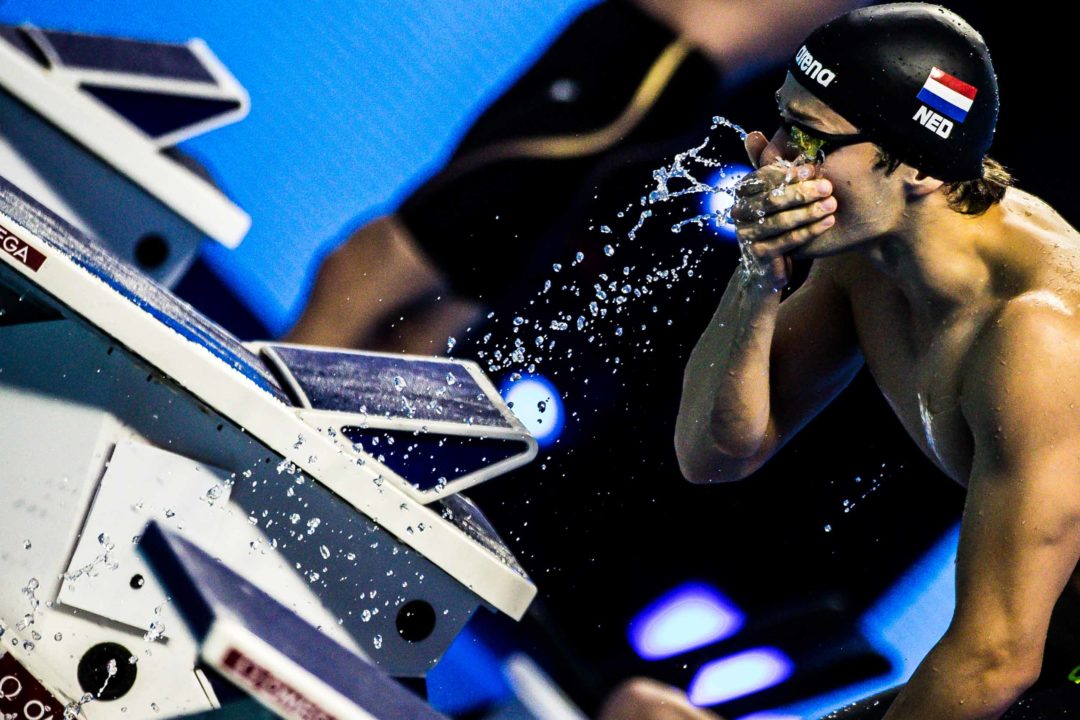 Take a look at the Tokyo 2020 Olympic Games individual qualifiers stemming from the Netherlands, with the 2nd phase of selection coming next year. Archive photo via Jack Spitser/Spitser Photography

The 2020 Rotterdam Qualification Meet (RQM) wrapped up today from the Netherlands, with the 4-day affair representing the end of the first phase of the Olympic qualification process for Dutch Swimmers.

Per the Dutch Olympic selection policy, the first phase of Olympic qualification began with the 2019 World Championships. As we reported, swimmers achieving a finish at least among the top 12 athletes in their respective events’ semi-finals at the 2019 FINA World Aquatic Championships in Gwangju, Korea were deemed qualified for next year’s Games in Tokyo.

The following Dutch swimmers fall into this initial category:

As for the remaining potential qualifiers, slots were able to be obtained this weekend in Rotterdam as long as swimmers still achieved the KNZB-dictated minimum Olympic time standards.

Swimmers who earned individual Olympic qualification spots on the Dutch roster for Tokyo 2020 from Rotterdam performances are as follows:

As such, all individual swimming events except for the men’s and women’s 50m free, and women’s 100m free still have at least one Olympic qualification spot up for grabs. Swimmers will have the ability to try again either the 2021 Swim Cup Eindhoven in April or the 2021 European Championships.