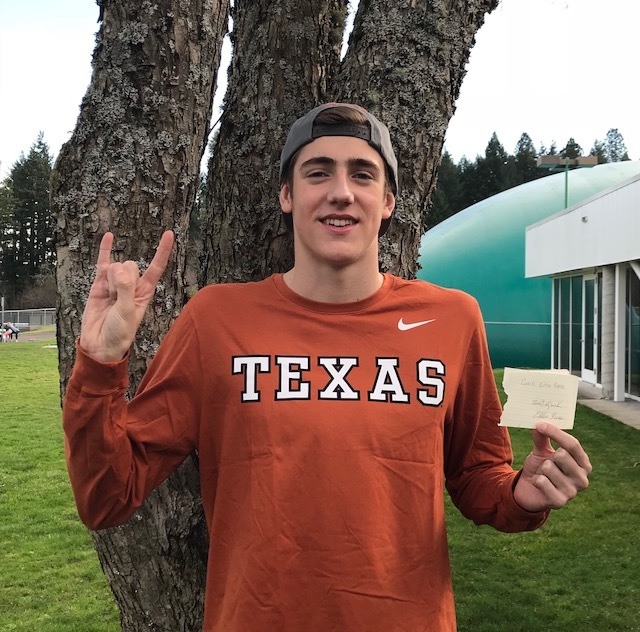 Read all about day 2 of the 2020 Rotterdam Qualification Meet (RQM), a Dutch competition bringing the heat across the board. Archive photo via Caspar Corbeau

Day 2 of this Rotterdam Qualification Meet (RQM) brought the heat, with Arno Kamminga, Tes Schouten, Kira Toussaint, and more throwing down national records before the prelims and finals sessions were through. Here are the posts concerning records broken on the day:

Per the Dutch Olympic selection policy, the first phase of Olympic qualification began with the 2019 World Championships and ends with Rotterdam. Any swimming events without two qualifiers after this weekend would still be up for grabs if anyone could notch a qualifying time at either the 2021 Swim Cup Eindhoven in April or the 2021 European Championships.

The women’s 200m breast this morning in the heats saw Tes Schouten of the host nation take down the Dutch standard, clocking an AM swim of 2:26.95 to capture the top seed. You can read more about the 19-year-old’s breakout swim here.

However, Schouten wasn’t able to capture the same magic for tonight’s final, settling instead of 3rd place behind winner Fanny Lecluyse of Belgium and runner-up Lisa Mamie of Switzerland.

Lecluyse earned a winning effort of 2:25.04 tonight. She owns a personal best and national record of 2:23.76 from last year’s FINA World Championships. Mamie, too, owns her nation’s record, which stands at her PB of 2:24.97. This evening she was right outside that mark with a solid 2:25.17 for silver.

In addition to Arno Kamminga‘s history-making 2:06.85 200m breaststroke, a star in the making also made some waves in the prelim of that event. Texas swimmer Caspar Corbeau produced a big-time personal best of 2:08.57 to claim the 2nd seed behind Kamminga, crushing his first sub-2:10 time ever in the process.

Splitting 1:01.51/1:07.06, Corbeau’s time fell just painstakingly outside the 2:08.52 KNZB-dictated qualification standard for the Tokyo Olympic Games. The Longhorn missed the mark by merely .05 in the morning and was slower in the final, punching a time of 2:09.39 behind Kamminga’s aforementioned stunner.

Corbeau will still have another opportunity in April, as well as at the 2021 European Championships, should he be officially named to that roster.

Maaike de Waard topped the women’s 100m fly final tonight, hitting a time of 58.10. That held off Ranomi Kromowidjojo, who also got under the 59-second threshold easily in 58.38. Roos Vanotterdijk, just 15 years of age, rounded out the top 3 in 58.76.

For Vanotterdijk, tonight is just the 2nd time she has been under 59, owning a PB of 58.30 from just this past August.

The Dutch qualification standard dictates that at least a time of 57.92 must be achieved to make the roster for next year’s Olympic Games. As such, the spots on the Dutch roster for Tokyo are still vacant at this time.

Mityukov’s effort here represents a monster personal best, laying waste to his previous career-quickest of 1:49.43 from a meet in February of this year. His 1:47.57 from tonight now renders him as the 4th fastest Swiss man ever.

Belgium’s national record holder Valentine Dumont got on the board in the 200m free, posting a winning effort of 1:58.63. She clocked the only time under the 2:00 mark, coming within striking distance of her own national standard of 1:58.29 established this past August.

Great swim. Had to quarantine for 10 days on arrival in Holland, and train in isolation. On to NCAAs, and then Euro Champs in Budapest in May for another shot.

Big shout outs to club coach Christopher Pfaffenroth, and to Wyatt and Eddie, for believing in him, and guiding him along the way.