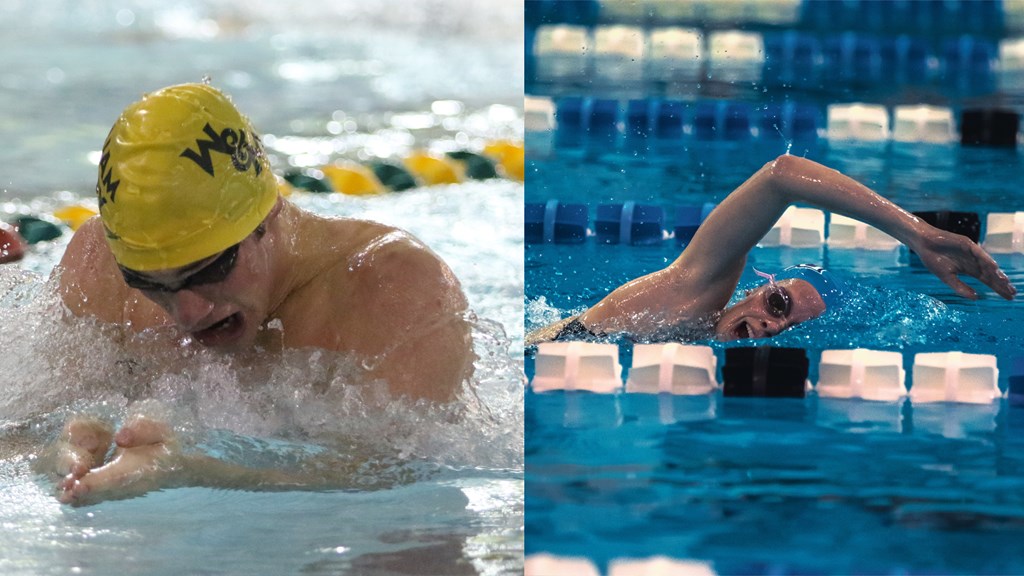 The Pitt swimming & diving program has announced the addition of 2 transfers, one for each team, both of whom will be eligible immediately. Archive photo via Pitt Athletics

The University of Pittsburgh has added two transfers to their roster, who will be immediately eligible to compete for the Panthers in the current 2020-2021 season.

Flynn Crisci of William & Mary and Jacqueline Tinneny of Old Dominion will both join the Panthers this season.

Crisci swam at William & Mary during his freshman season last year. That school cut their men’s swimming & diving program earlier this summer, and while the administration would eventually reinstate the program “at least” through the 2021-2022 season, many swimmers had already made plans with other programs by then.

Crisci qualified for two A-finals and a B final as part of a 36-point effort at the CAA Championships – which earned him the 2nd-most points among all freshman league-wide as part of William & Mary’s title-winning effort. That included a 4th-place finish in the 100 breaststroke with a time of 55.04.

Crisci’s sprint freestyle times were also fast enough coming out of high school that, if developed, he could become a relay contributor for the Panthers there too.

Tinneny swam at Old Dominion for 2 seasons before now transferring to Pitt. At the 2020 Conference USA Championships, she broke the ODU school record in the 1650 free with 16:41.97, which was good enough for 2nd at the conference championship meet. That time would have placed her 14th at last year’s ACC Championship meet where Pitt just scored 1 point.

Led by a strong diving performance, the Panthers were 10th out of 12 teams at last year’s ACC Championship meet.

Tinneny qualified for the CSCAA National Invitational Championship in 2020, where she finished 11th in the 500 free before the end of that meet was canceled by the oncoming coronavirus pandemic.