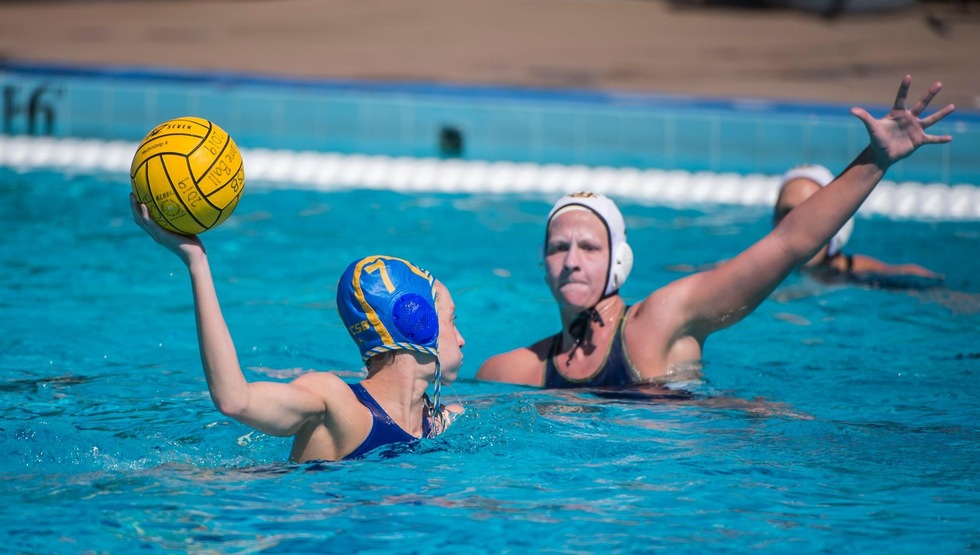 #4 Cal and #18 San Jose State played the first official match of the 2020 collegiate women’s water polo season on Saturday. The #4 Bears won 12-6 after coming back from a 4-1 first quarter deficit. Claire Sonne put in four goals to lead eight Cal scorers, while goalie Cassidy Ball made 12 saves and even scored a goal at the end of the first half in the victory. Lili Urvari and Olga Descalzi Portell put in two goals apiece for SJSU.

Ball was named MPSF Player of the Week for her efforts, while Shea Salvino was tabbed as the league’s newcomer of the week after posting a goal, a steal and an assist in her collegiate debut.

Twenty teams are in action this weekend as nearly one third of programs kick off their 2020 campaigns. Much of the action will be based in Santa Barbara, California, and Honolulu, Hawaii.

#6 Hawaii also is hosting a tournament this weekend, welcoming #14 Fresno State, #12 Loyola Marymount and #23 Marist to Honolulu for a Saturday and Sunday round robin affair.

Eighteen of the 32 matches pit two ranked teams against each other, including three top 10 affairs.

Fifteen of the 27 teams ranked or receiving votes in the CWPA Preseason Poll are in action this weekend.