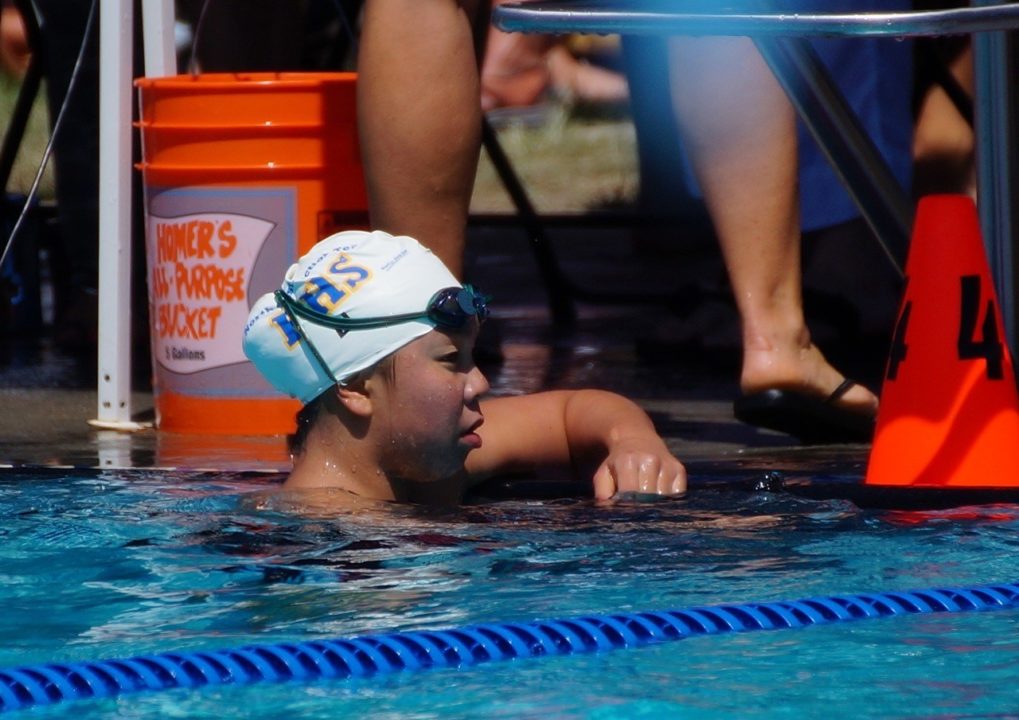 Celina Li has dropped the 100 fly on Thursday, which is the only really significant scratch aside from Ryan Lochte. (Photo: Tim Binning/TheSwimPictures.com)

Earlier, we broke the news that Ryan Lochte would be scratching three of his four entries on Thursday: the 400 IM, where he’s the defending Olympic gold medalist, the 50 backstroke, and the 50 breaststroke (with the latter being basically a given).

Other than him, though, a majority of the entries for Thursday have remained in-tact from the pre-meet psych sheets.

The biggest scratch perhaps is Celina Li of the Pleasanton Seahawks. The future Cal Golden Bear dropped the 100 fly from her schedule for Thursday. That’s not her best chance at making the Worlds team, and though she was only 31st at the Olympic Trials last year, she is considered the best butterflier in the high school class of 2013.

There were a few other scratches aside from those two, but none of much significance. Clary scratched the 400 IM as well. Lindsay Clary, that is: the sister of the new favorite in the men’s 400 IM Tyler Clary. She and SwimMAC’s versatile Kathleen Baker are both out of that race. Dimitry Dolgov and Scott Weltz also scratched the men’s 400 IM.

Please, can someone on earth give me a comprehensive definition of the word hater? I hate the world hater. It seems very funny and very sensitive. So, one example. If I write Allison Schmitt has, unfortunately as expected, a bad meet, am I a hater? I hope it’s not the case.

Yeah, saying that about Schmitt might get some people to label you a “hater.”

Because most people that refer to others as “haters” are idiots.

Lochte’s the man and a great advocate for our sport. I’m assuming something personal must have happened between the two of you because your passionate dislike for him is consistent and nauseating…

Hagino is now pretty safe on 400 IM.. Pereira and Cseh too if they swim..

Hagino was safe even if Lochte swam the 400m IM and was probably cherishing the chance to drop the hammer on Ryan in Barcelona.

Typical Lochte though, sign up for a bunch of events to get some extra attention and then drop them all.

Yeah, that was probably his coach, not him.

let him do ! he never got where Lochte is anyway . no problemo . Such a surname can’t deliver anything interesting . Pfffffffff