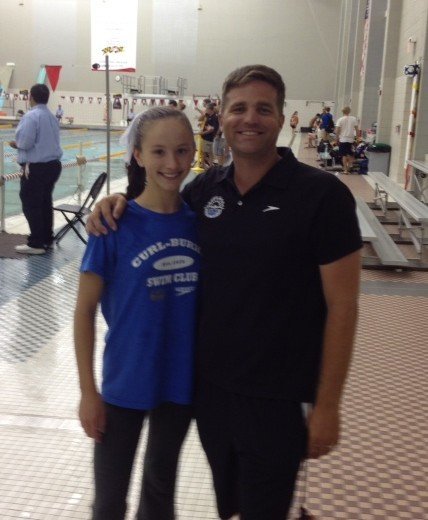 The difference in this swim was Bayer being comfortable enough to go out faster. She took this swim out in a 1:04.7 – as compared to the 1:06.3 that she started her old record with. She didn’t have quite the same back-half speed, but it more-than paid off for a new best time.

Before Bayer broke it once, the record belonged to Courtney Kalisz in 2:19.32.

Bayer wasn’t even the only 12-year old in this final that included swimmers as old as college aged. FISH swimmer Isabella Rongione was 6th in 2:25.43, though she was even better (2:21.75) in prelims.

If she keeps doing this, she’ll be the new Madama Butterfly.

Are you australian? You know very well australian swimming.

No, I’m not.
I have lived in Australia, though.

Indonesia? Or perhaps the Phillipines?

REALLY? At bit sad? Setting a US NAG record is a big deal and I think it’s appropriate for websites like swimswam to celebrate these accomplishments.

So what if previous swimmers or current swimmers don’t maintain their relative ranking over the course of their swimming career; it’ a fluid sport. It’s fun while it lasts and it’s something to celebrate. These kids will be fine with supportive parents, coaches, teammates, and communities.

No need for nay-sayers to NAG records!

Agree completely with VA Swim Mom. These naysayers are ridiculous! Being the best at something at any age sticks with you for a long time. Congratulations Cassidy!

However given that most people don’t get anywhere at any age then to peak very young is better than never peaking at all.

As long as they can say ‘I was a very good swimmer when I was young ” & if they keep it up to be a recreational swimmer then it is a plus. If they descend into bitterness then not.

For this reason I don’t think you ought go on about young kids.

Excellent point! Most people don’t get to be top 10 in any age group, let alone a NAG holder. Congratulations to Cassidy!