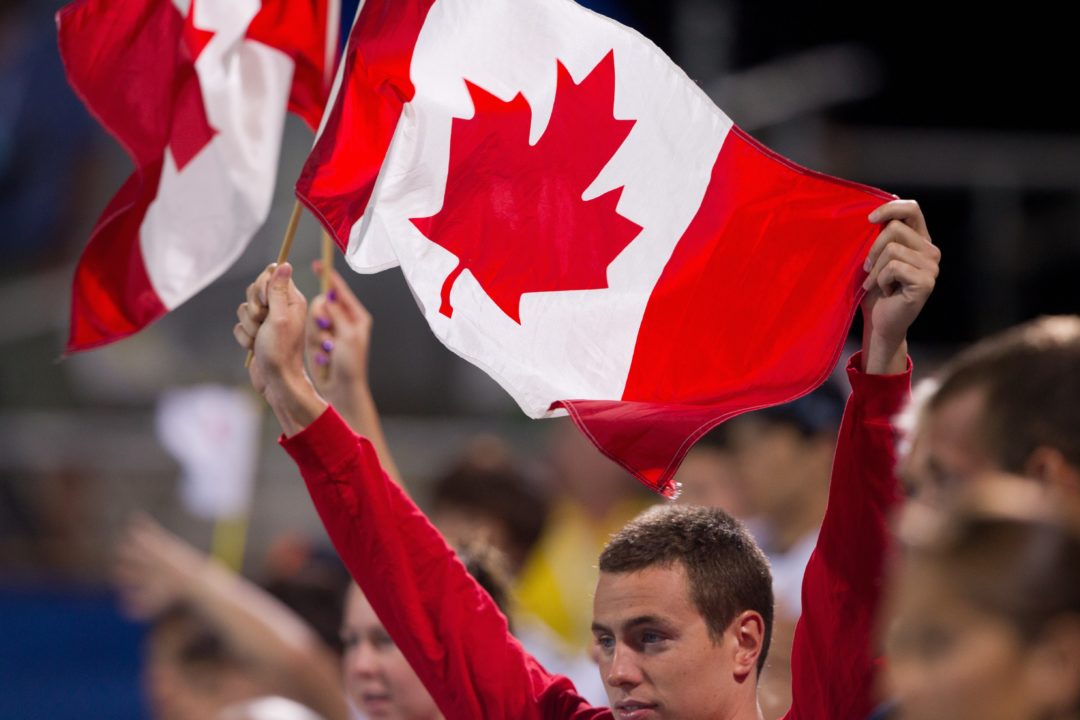 33 Canadians will wave their team's banner proudly in London; 29 of them will be Tweeting about it (Photo Courtesy: ©Tim Binning/TheSwimPictures.com)

Swimming Canada released a statement stating that it continues to monitor the COVID-19 situation and no decision has been made on the Olympic Trials.

After posting a list of the Americans, we couldn’t leave our neighbors to the north out.

As compared to the Americans, the Canadians don’t Tweet quite as often as their American counterparts, but when they do it tends to be meaningful Tweets – a bit more despair, a bit more enthusiasm, a bit more humor, and a bit more of a look into how they’re feeling. But it’s not all intense – they still have plenty of lighthearted, day-to-day Tweets as well.

The Canadians also tend to be slightly more creative with their Twitter handles, but fair-warning, you’ll see a French tweet or two every now-and-then.

Julia Wilkinson is consistently the most entertaining of the Tweeters, so be sure to check her out. Alexa Komarnycky is always good for some quality stuff as well.

Again, you can subscribe to this Twitter feed by following this link and hitting subscribe on the left side of the screen. If you don’t have a Twitter, bookmark this page as we’ll keep the feed running here.

We plan to put together lists at least of the South Africans and Australians in the next few days as well. Stay tuned.

This is great! Thanks!

I have already followed most of Americans, Australians and British olympics swimmers.