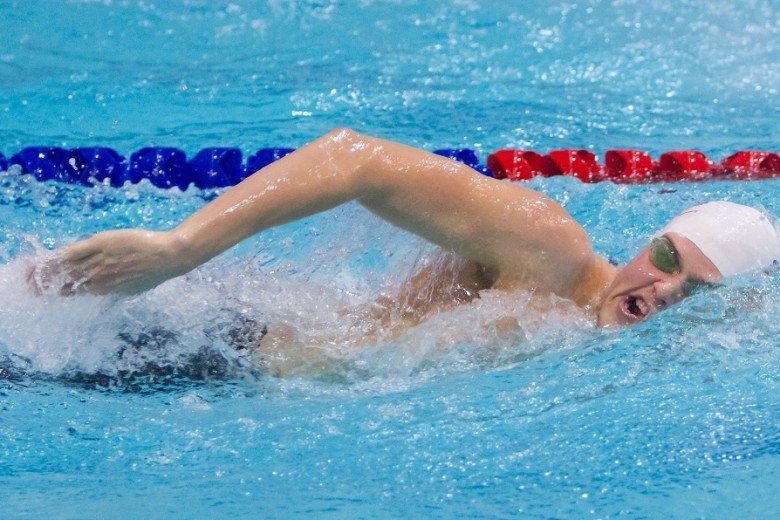 Simon Fraser's Bruno Sharpe will be one of the swimmers who leads the Clan into the NCAA next season (Photo Courtsy: Simon Fraser Athletics)

The NCAA has come to a conditional agreement with Simon Fraser University “Clan” to become the organization’s first-ever full-status Canadian member institution, the school and NCAA jointly announced this weekend.

Simon Fraser has competed in the NCAA for two years, but because of the NCAA’s requirement that its members be academically accredited by an American regional agency, which Simon Fraser was not. At their most recent meeting, however, the NCAA voted to make an exception to this rule while Simon Fraser seeks accreditation by 2017.

A final vote will come on August 1st that will allow Simon Fraser to compete, as a full member of the NCAA, as of September 1st in the Great Northwest Athletic Conference in Division II. That conference includes schools from Oregon and Montana, through Washington, and up to Alaska in Alaska-Fairbanks and Alaska-Anchorage.

As for the Simon Fraser swim team, they field both men’s and women’s programs, they could immediately make a huge impact on the Division II National scene, especially thanks to the incoming Mariya Chekanovych, who has already been a 2:29 in the long course 200 breaststroke and a 1:09.7 in the 100. That puts her within reach of All-American status and points at NCAA’s in her inaugural season.

They already have a great women’s 200 medley. Last season, they swam a 1:47.90 with three freshmen and a sophomore on the relay. That would have placed her 16th at last year’s NCAA Championship meet, and with the addition of Chekanovych to that relay, they should definitely score at NCAA’s.

This will create an interesting rhetoric for swimming Canada. They have been proudly pushing the value of Canada’s college system, the CIS, as many of their top swimmers have traveled south across the border, but now they will have a stake in both the CIS and the NCAA.

It’s not clear where the swim teams will compete, as the GNAC doesn’t currently sponsor swimming.

That picture is Bruno Sharpe, who will be a junior in the fall. Katrina Sharpe is his younger sister and she is an incoming freshman for SFU.

I believe that Simon Fraser was the first (if not only Canadian school) that had been admitted into the NAIA years ago…. I believe that they dominated or were at the top during their stay in the NAIA.