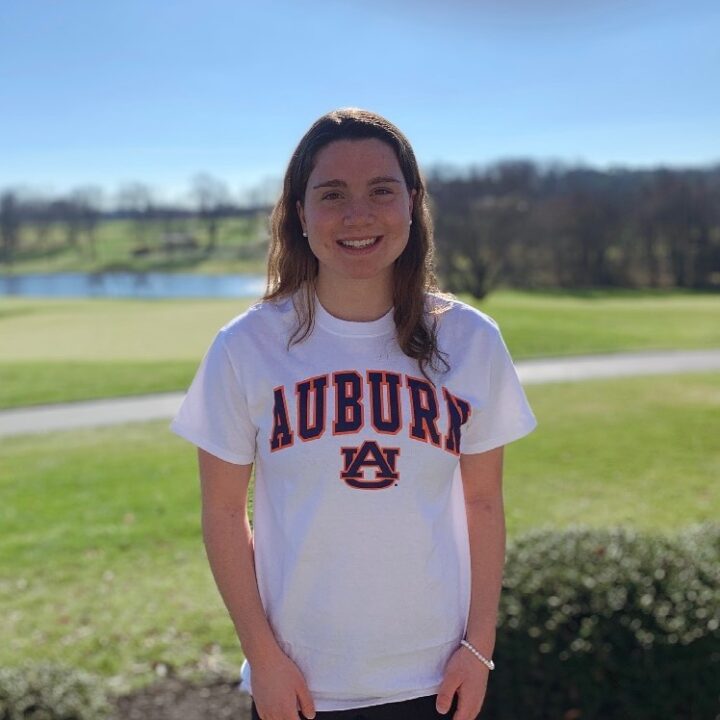 Auburn commit for this fall Cullen won the women's 200 free and 200 fly, swimming best times in both on day 1 of Geneva Sectionals. Archive photo via Casey Cullen

Highlighting night 1 of Futures in Geneva was Casey Cullen of Plymouth Whitemarsh Aquatics. Cullen kicked off the night winning the women’s 200 freestyle in a 2:03.39. That was a best time as her previous best was a 2:04.09 which she swam earlier this month.

Later in the evening, Cullen captured another win as she swam a 2:13.16 in the women’s 200 fly. That was a best time as her previous best was a 2:13.38 which she swam to finish fifth at last summer’s Wave I Olympic Trials. Cullen is committed to Auburn for this fall.

Rising sophomore at Ohio State Jay Johnson picked up a win in the men’s 200 free swimming a 1:51.83. That was only 0.01 seconds off of his best time of 1:51.82 which he swam only two weeks ago at Sectionals in Cleveland. Johnson was Ohio State’s second fasest SCY 200 freestyler this past season as he swam a best time of 1:35.60 at the CSCAA National Invite.

16 year old Elle Noecker of Town Wreckers Swim Team won the women’s 100 breast in 1:11.61. That was a huge best time for the teenager as her previous best stood at a 1:13.16 from last summer’s Futures meet in Richmond.

Firestone Akron Swim Team’s Richard Kurlich won the men’s 100 breast in a 1:03.26. That was a huge best time as his previous best stood at a 1:04.40 which he swam at last summer’s Sectional meet also in Geneva. Kurlich just finished up his senior season at Division III powerhouse Denison University. Notably, Kurlich did not swim the 100 breast at the 2022 Division III NCAA Championships, instead swimming the 200 breast, 200 fly, and 200 IM.

Winning the women’s 800 freestyle was Orla Egan of Twisters Swim Club swimming a 9:02.27, winning the event by over three seconds. That was a big best time for Egan as her previous best stood at a 9:05.30 from May 2021. Egan is a rising sophomore at Duquesne University.

16 year old Tristan Prizler of Dayton Raiders won the men’s 1500 freestyle in a 15:58.97, being the only swimmer under the 16 minute mark. That was a huge best time for him as his previous best stood at a 16:09.20 which he swam at last summer’s Futures meet in Richmond.