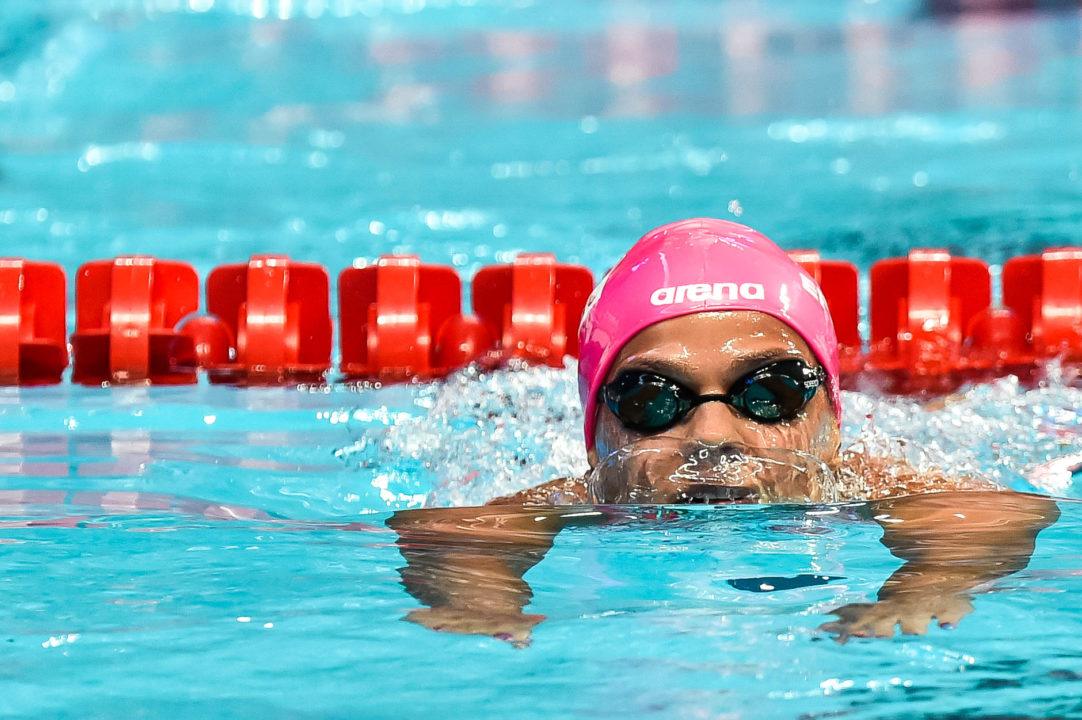 Yulia Efimova has lost her appeal in front of the CAS, finalizing her 2016 Olympic fate. Archive photo via Mike Lewis/Ola Vista Photography

The CAS has struck down a part of the IOC’s three-part instructions on who from Russia is and is not eligible for the Olympics, specifically point 3 that reads:

3. The ROC is not allowed to enter any athlete for the Olympic Games Rio 2016 who has ever been sanctioned for doping, even if he or she has served the sanction.”

The Efimova decision, one of two on similar appeals announced on Thursday evening, says that the IOC rule point 3:

contains a simple, unqualified and absolute criterion. Any athlete who has been convicted of a prior ADRV is not allowed by the Russian Olympic Committee (ROC) to be entered for the Rio Games. It is therefore difficult to reconcile this paragraph with the stated aim to provide the athletes with an opportunity to rebut the presumption of guilt and to recognise the right to natural justice.

Despite the belief that the IOC rule that was used by the Russian Olympic Committee to remove Efimova from the Olympic team would be struck down, the IOC did NOT grant Efimova the ability to compete in the Olympics.

The complex legal language in the full decision boils down thusly: While the CAS does not believe that the IOC has the right to put a blanket ban from the Olympics on all previously-sanctioned Russian dopers, they do believe that Efimova still qualifies for exclusion on this point:

2. Entry will be accepted by the IOC only if an athlete is able to provide evidence to the full satisfaction of his or her International Federation (IF) in relation to the following criteria: • The IFs*, when establishing their pool of eligible Russian athletes, to apply the World Anti-Doping Code and other principles agreed by the Olympic Summit (21 June 2016). • The absence of a positive national anti-doping test cannot be considered sufficient by the IFs. • The IFs should carry out an individual analysis of each athlete’s anti-doping record, taking into account only reliable adequate international tests, and the specificities of the athlete’s sport and its rules, in order to ensure a level playing field.• The IFs to examine the information contained in the IP Report, and for such purpose seek from WADA the names of athletes and National Federations (NFs) implicated. Nobody implicated, be it an athlete, an official, or an NF, may be accepted for entry or accreditation for the Olympic Games. • The IFs will also have to apply their respective rules in relation to the sanctioning of entire NFs.

In the CAS’ words:

As a consequence, the appeal has been partially upheld on that limited ground but all other prayers for relief have been rejected, including 1) the request that Yulia Efimova be directly declared eligible to participate in the Rio 2016 Olympic Games and 2) the request to oblige the IOC to accept the entry of Yulia Efimova to compete in the Rio 2016 Olympic Games.

Efimova would have been a medal contender, if not gold medal favorite, in both the 100 and 200 meter breaststrokes.

Is this really, really it or can FINA pull some 11th hour theatrics?

FINA has no authority. I’d love to see them try because FINA might be suspended as an NGB.

Yulia, if you read this, please marry me! Change your name to Yulia Rain and re-appeal!

glad she is not competing, two time offenders should not participate. (Hello Justin Gatlin)

Gatlin was last caught in 2006 when he received a 4 year ban. It’s quite possible he’s been clean for 10 years now so might be time to get over it on Gatlin doping and focus on CheatinVlad 🙂

“Quite possible”… There’s a ringing endorsement.

Good news. I can hardly wait to read Charles Hartley’s write up of it.