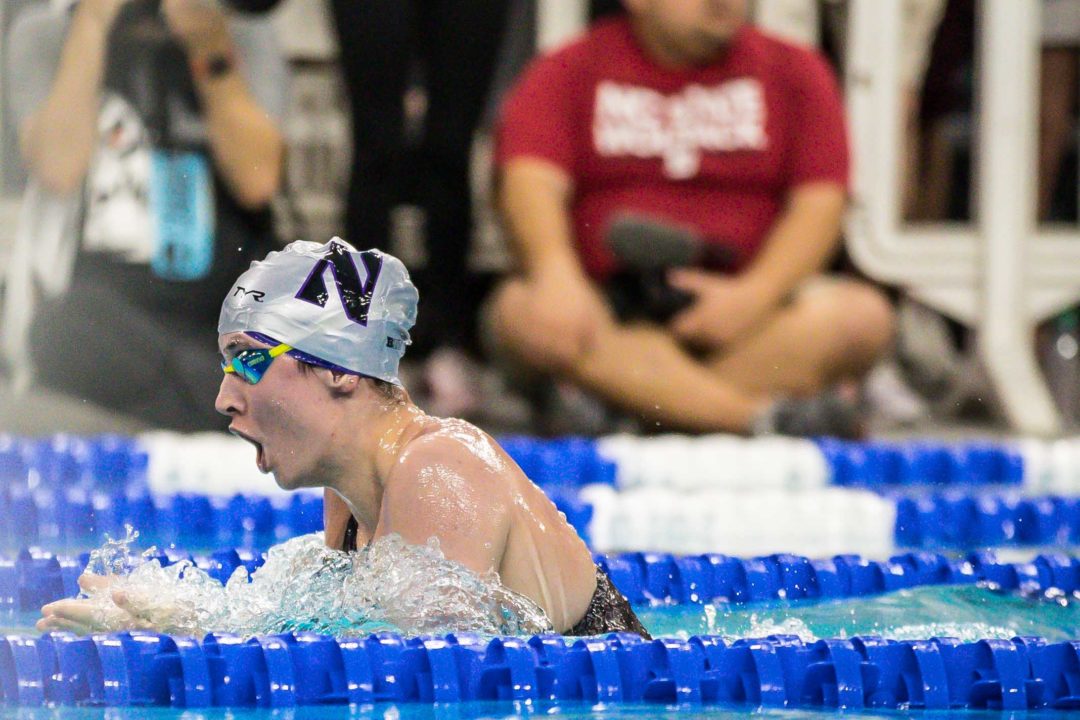 Under a new head coach, Northwestern has its first A-finalist since 2012. Current photo via Jack Spitser/Spitser Photography

Northwestern sophomore Calypso Sheridan qualified for the A-final of the 400 IM with a new lifetime best and school record Friday morning at the 2019 Women’s Division I NCAA Championships, making her the team’s first A-finalist in swimming since 2012 and sixth since 2000.

She also seemed to be in great shape judging by a five-second drop in the long course 400 IM at the Des Moines Pro Swim Series between Big Tens and NCAAs.

Notably, Sheridan is swimming under Northwestern‘s new head coach Jeremy Kipp, who arrived in Evanston last summer after three years as head coach at Boise State. She swam her freshman season under Abby Steketee, who stepped down without publicly providing an explanation after three seasons with the team last April (her husband Steve Steketee was named an assistant on Sergio Lopez’s new staff at Virginia Tech over the summer).

The Wildcats have had many divers make the top eight, and a handful of swimmers make the B-final.