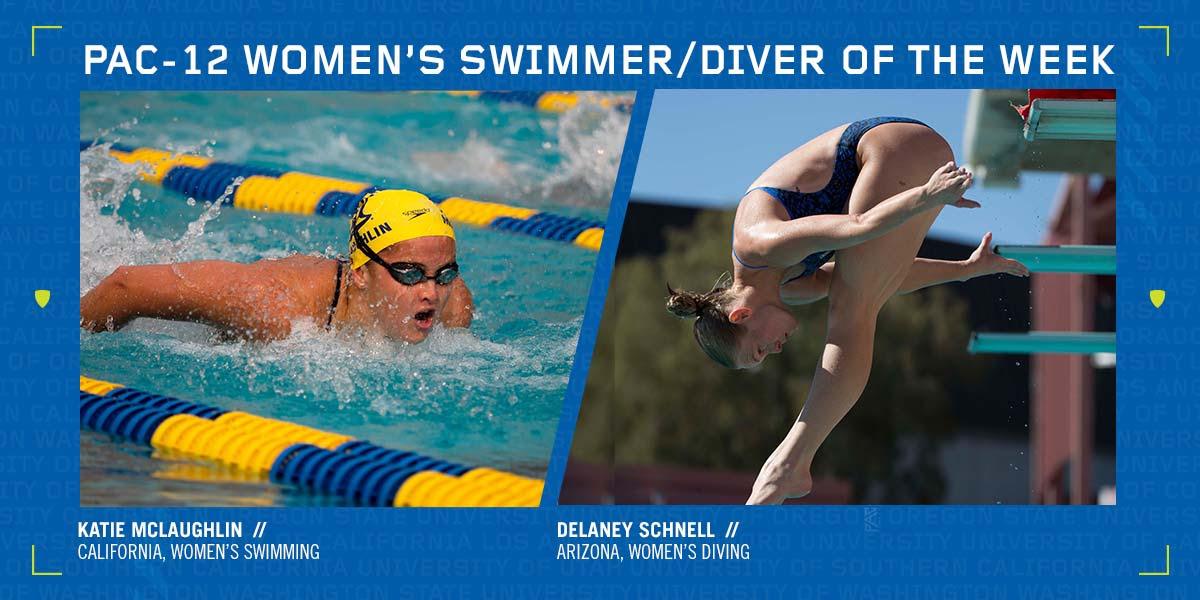 Delaney Schnell, So., Arizona (Tucson, Ariz.)
Schnell won all four events she competed in last week as Arizona competed against Stanford and California. The sophomore swept the women’s diving events versus the Cardinal with 314.33 points in the 1-meter and then claimed the 3-meter with a score of 369.23, which is just two points shy of the school record and a personal best. Schnell demonstrated her consistency against the Golden Bears, topping the podium in the 1-meter and 3-meter by scores of 342.45 and 317.10, respectively.