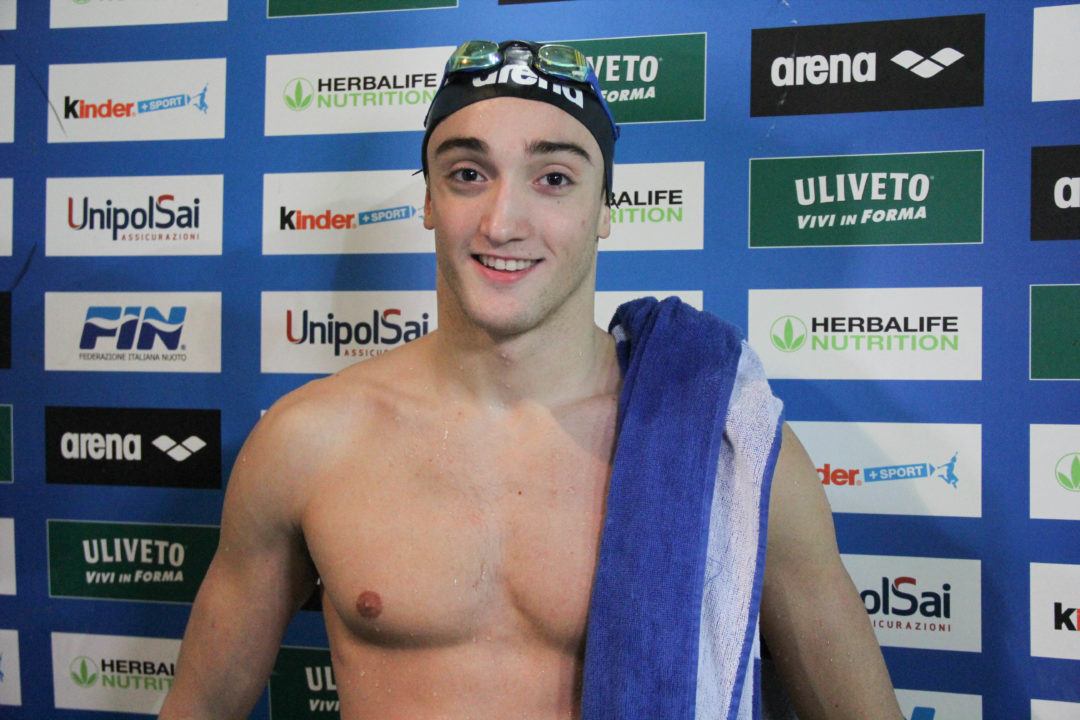 Be sure to check out our SwimSwam Italia Channel fo more in-depth and on-site coverage.

17-year-old Federico Burdisso blasted a new Italian Senior National Record tonight in Riccione while competing in the men’s 200m fly final at the Italian Championships. After posting a solid 1:57.35 this morning to take the top seed over seasoned swimmers such as Matteo Pelizzari and Filippo Berlincioni, Burdisso tapped into a new gear to rip a lifetime best of 1:54.64.

Splitting 53.68, 1:00.96, Burdisso’s time overtook the previous national record by well over half a second, with the old standard resting at the 1:55.40 Giacomo Carini clocked in 2017. Tonight, Carini finished in 1:57.17 for silver, handing the golden torch to on-the-rise Burdisso. The teenager has booked his ticket to Gwangju with that sub-1:55 performance.

It’s not as though Burdisso hasn’t been on an elite podium before, however, as the Northwestern University-bound athlete produced a big 1:55.97 for bronze at last year’s European Championships. Additionally, at the 2018 Youth Olympic Games the young Italian collected both 50m bronze and 200m fly bronze, registering a time of 1:57.16 in the latter event in Jakarta.

With his 1:54.64 outing tonight, young Burdisso checks-in as the 3rd fastest swimmer in the world this season, at just 17.