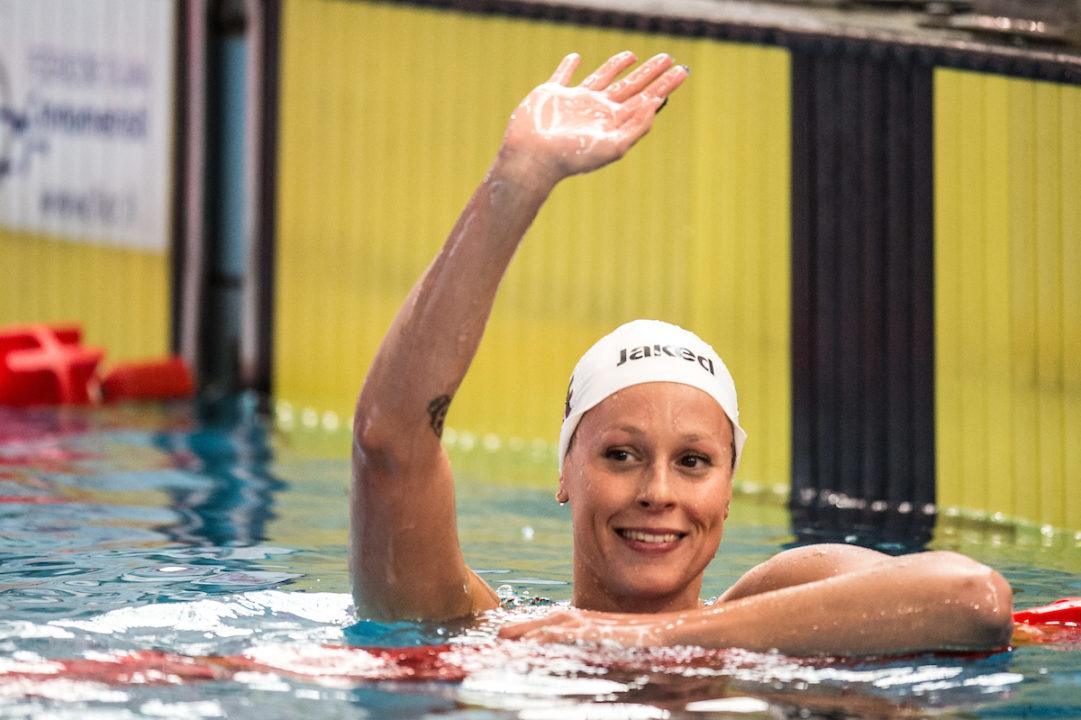 The 2019 Italian Championships kick-off tomorrow in Riccione, with the nation's top talent vying for spots on the World Championships roster for Gwangju. Federica Pellegrini is among them, currently entered in 5 individual events.  Archive photo via D.Montano/Deepbluemedia/Inside

The 2019 Italian Championships kick-off tomorrow in Riccione, with the nation’s top talent vying for spots on the World Championships roster for Gwangju. Federica Pellegrini is among them, currently entered in 5 individual events.

Although the 30-year-old Italian swimming icon had sworn off the 200m free previously, Pellegrini insists on competing in the event, having swum in Hangzhou at the 2018 Short course World Championships. She is listed on the start lists for the event here in Riccione, where she’ll also be wimming the 50m/100m back races in addition the the 50m/100m free.

Distance ace Simona Quadarella is expected to race in her quartet of freestyle events spanning the 200m to the 1500m, while speedsters Luca Dotto, Santo Condorelli, Andrea Vergani and Alessandro Miressi should put up some exciting performances in the freestyle arena.

Those hoping to make the senior international roster in the even younger set include Thomas Ceccon, Federico Burdisso and Matteo Ciampi, while veterans Gabriele Detti and Gregorio Paltrinieri will see what they can throw down in response to rival Sun Yang of China’s performances last week at his own nationals.

Below are the time standards needed to be obtained to wind up on the Italian roster:

Excited about this – Expect some big swims this week from the Italians.

Be sure to check out our SwimSwam Italia Channel – we’ll be covering in English, but Giusy will be going really in-depth in Italian, and will be on deck at the meet. Follow the Italian channels on social too. She’ll be at the meet covering live.

Really tough times. Basically besides top athletes (detti, paltrinieri, scozzoli, martinenghi, pellegrini, panziera) all the other have to swim their best time to qualify.

Time standards quite severe for one of the most interesting national trial of this season, considering how rapidly is growing Italian Swimming.