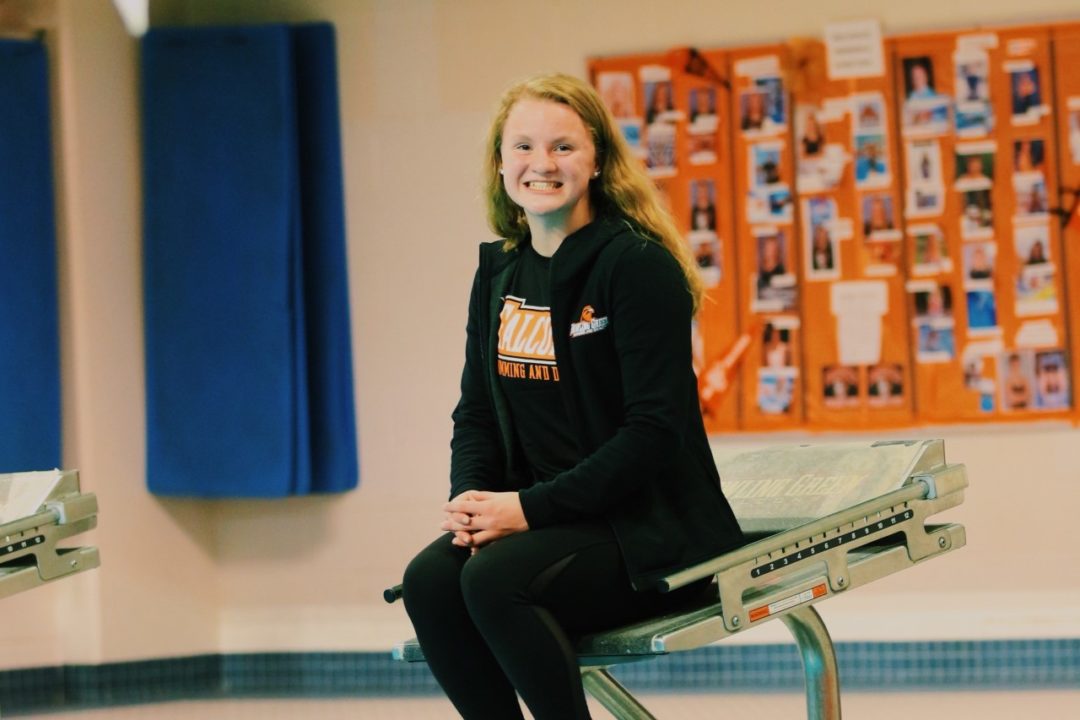 BGSU commit Riley McNichols (above) led off Broadview's 200 free relay, which swam faster than it did at last year's Ohio State Championship meet.

The Ohio high school swimming & diving season reached its midway point at the holiday, and the girls from Brecksville – Broadview Heights put up a highlight result heading into the new year at the Viking High School Invitational.

Heading toward the state championship meets, which will be held from February 20th-23rd in Canton, swam a midseason 1:35.29 in the 200 free relay that counts as an Automatic All-America time. The relay included 3 seniors, all of whom are Division I commits.

That time was over a second better than the 1:36.36 that Broadview Heights went last season at the State Championship meet in this relay to win the B final.

Annie Krusinski’s older brother Pete Krusinski, a senior, also stood out with a new lifetime best swim in the 100 breaststroke of 54.86. His previous fastest time was a 55.03 a week early at the USA Swimming Winter Junior East Championship meet. He’s an Ohio State commit, and also cut 4.5 seconds off his previous best time in the 200 IM. He finished 2nd in that race (1:49.94) to Tyler Hong of St. Ignatius, who also swam a lifetime best to win in 1:49.44.