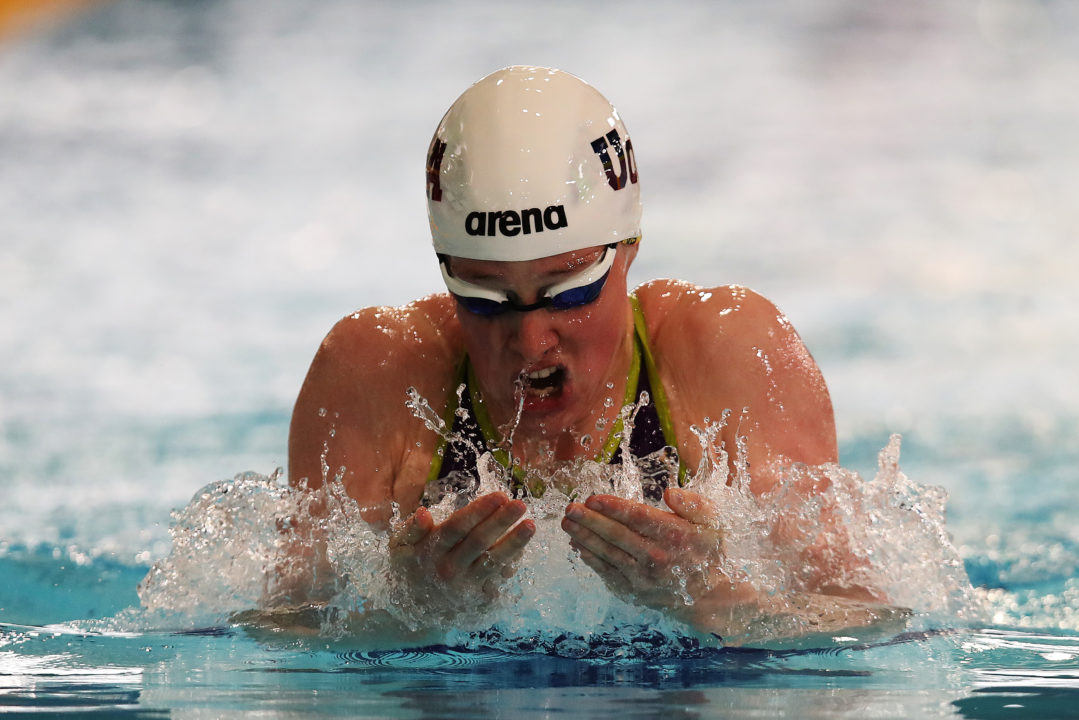 While the upper echelons of British Swimming are contesting the world in Gwangju, a load of talent is doing work domestically at the 2019 British Summer Championships.

Miley logged a time of 4:35.16 for silver in this 400m IM event at the 2018 Commonwealth GAmesand then 4:35.34 for bronze at the European Championships before addressing the nagging injury. She then produced a time of 4:42.68 at this year’s British Championships, with her 4:40.98 tonight indicating the veteran racer is very nicely coming back to form.

Another Olympic veteran in the pool tonight was University of Stirling’s Craig Benson, who logged the 3rd fastest 100m breaststroke time of his career. 25-year-old Benson logged a sub-minute time of 59.96 in the heats, which he lowered to 59.83 to take the 19+ crown in the evening.

Benson remains the 4th fastest British performer ever in the men’s 100m breaststroke with his PB of 59.50 from 2018.

Britsh National Record holder Imogen Clark bowed out of the 50m breast at this year’s British Championships due to injury and is hungry to start putting up fast times once again. The Loughborough athlete got the job done tonight, hitting the wall in 30.54 to top the field by over a second.

In the younger set, Derventio Excel’s Mia Slevin pumped out a 200m free time of 2:01.90 to take the 16-year-old category. That time is just slightly off the 2:01.49 she produced at this year’s European Junior Championships.

Leicester Sharks’ Michaella Glenister clinched the victory for 17-year-olds in the 400m IM, topping the field in a time of 4:47.69. That checks-in as a new lifetime best, overtaking her 4:49.13 from this year’s British Championships.

European Junior Championships swimmer Archie Goodburn of Warrender Baths was another winner this evening, reaping gold in the 18-year-old category of the men’s 100m breaststroke in a time of 1:02.84. His PB rests at the 1:01.59 he produced in Kazan.