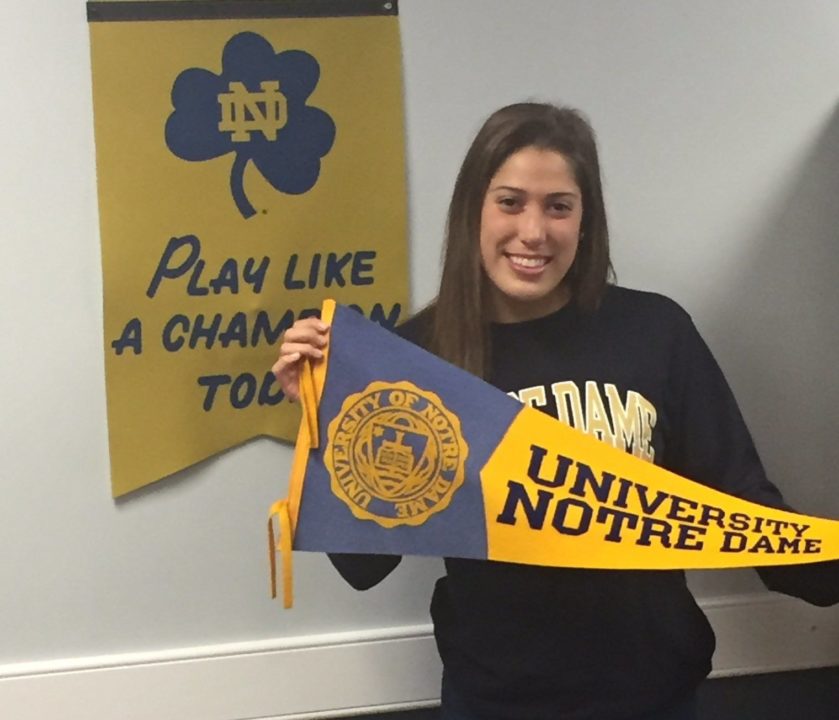 Fairview High School senior and Lake Erie Silver Dolphins swimmer Abigail German has made a verbal commitment to the University of Notre Dame for 2017-18. Current photo via Fairview Tigers on Twitter

According to her high school’s Twitter account, Pennsylvania breaststroker Abigail German has made a verbal commitment to swim at the University of Notre Dame in 2017-18.

A big congratulations to @abigailgerman39 for her verbal commitment to swim and study at Notre Dame. #FairviewFamily pic.twitter.com/En82JP8GzA

German swims year-round for Lake Erie Silver Dolphins. She had a particularly strong 2015-16 swim season, achieving personal-best times in every single event she swam over the 10-month period beginning in October 2015 and ending with Columbus Sectionals in July 2016. Her best times are:

German is the fifth verbal commit for the Fighting Irish; the Notre Dame class of 2021 will also include: Cailey Grunhard, Lindsay Stone, Rachel Wittmer, and Skylar Fore.

Abby also split a freestyle leg of 23.31 as the anchor of the fairview 200 freestyle relay at the PIAA District X championships.