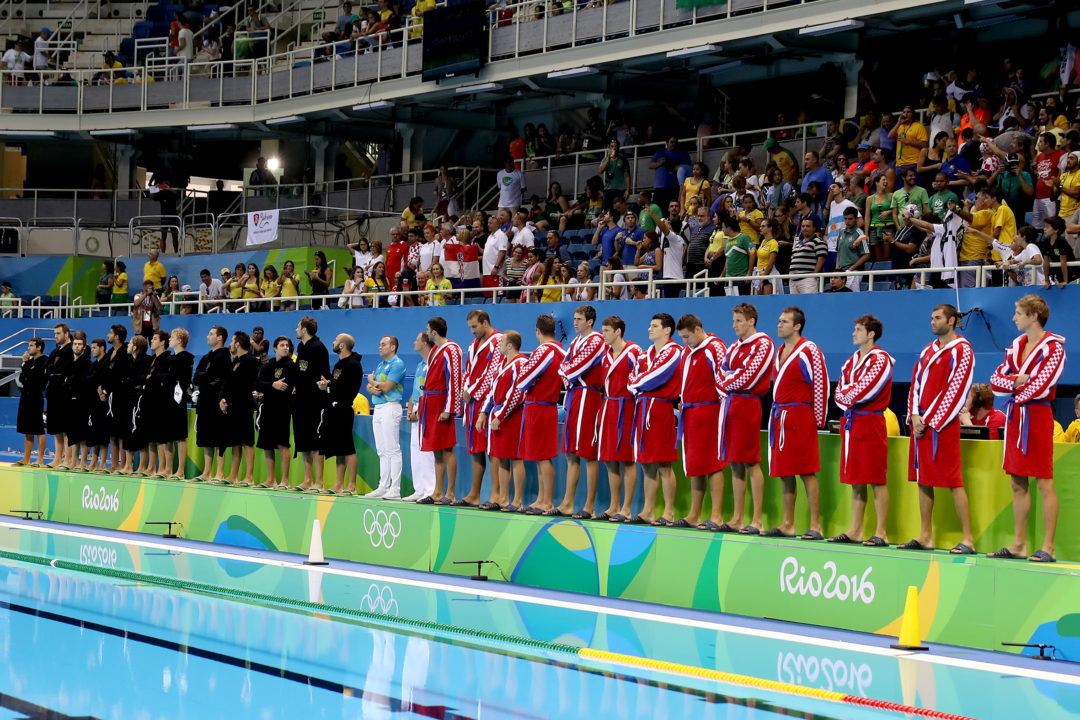 The home team’s fairy-tale ride through the Olympic men’s water polo tournament came to an end on Tuesday when Croatia overpowered Brazil, 10-6. Croatia got off to a rocky start in group play but finished well, and they took that momentum into the quarterfinal matchup.

Brazil opened the score, much to the delight of the home crowd, when Felipe da Costa fired one into the net with 6:26 left. Andro Buslje evened the score, shooting from a man-up half a minute later. After goalkeeper Marko Bijac stopped a penalty shot from Brazil’s Felipe Perrone, Maro Jokovic scored on a power play with 2:55 left and Croatia was up 2-1. Damir Buric made it 3-1 less than a minute later. Brazil’s Bernardo Oneto Gomes ended the period with a power play goal in the final minute. The second quarter was a tough one for the home team; Croatia outscored Brazil 4-1 to move virtually out of reach with a 7-3 lead at the halftime break. Luka Bukic and Sandro Sukno each scored one for Croatia, while Javier Garcia Gadea racked up two goals in the second quarter. Brazil’s lone goal came from Oneto Gomes.

The home team had a much better third quarter; they were able to narrow the gap with Croatia to two goals. Adrian Baches scored the first goal of the period with 3:44 left to play. Croatia answered less than 20 seconds later with a goal from Jokovic, but Brazil closed out the period with a long-distance goal from Oneto Gomes and a penalty from Gustavo Guimaraes. The score stood at 8-6 to Croatia at the end of the third. A superb final quarter from Bijac in the Croatian goal, and another pair of goals from Garcia Gadea and Jokovic gave the Croats a 10-6 victory and a chance to defend their 2012 title with a move on to the semifinals.

Brazil’s Felipe Perrone said after the game: “We tried. It was very difficult. Croatia are the Olympic champions and they have a great defence. But if you think back to three years ago, you would never have imagined Brazil would be playing in the quarterfinals of water polo at the Olympic Games. When it was 8-6 we thought we might have a chance but they are too good. We now need to rise up our head and try to get fifth place.”
“For our coach, Ratko (Rudic) it was like a normal game but of course we were more motivated because if we won we were going to the medals. He told us we must believe we can win and we played the whole game thinking we could, but in the end they are an amazing team and it wasn’t possible.”