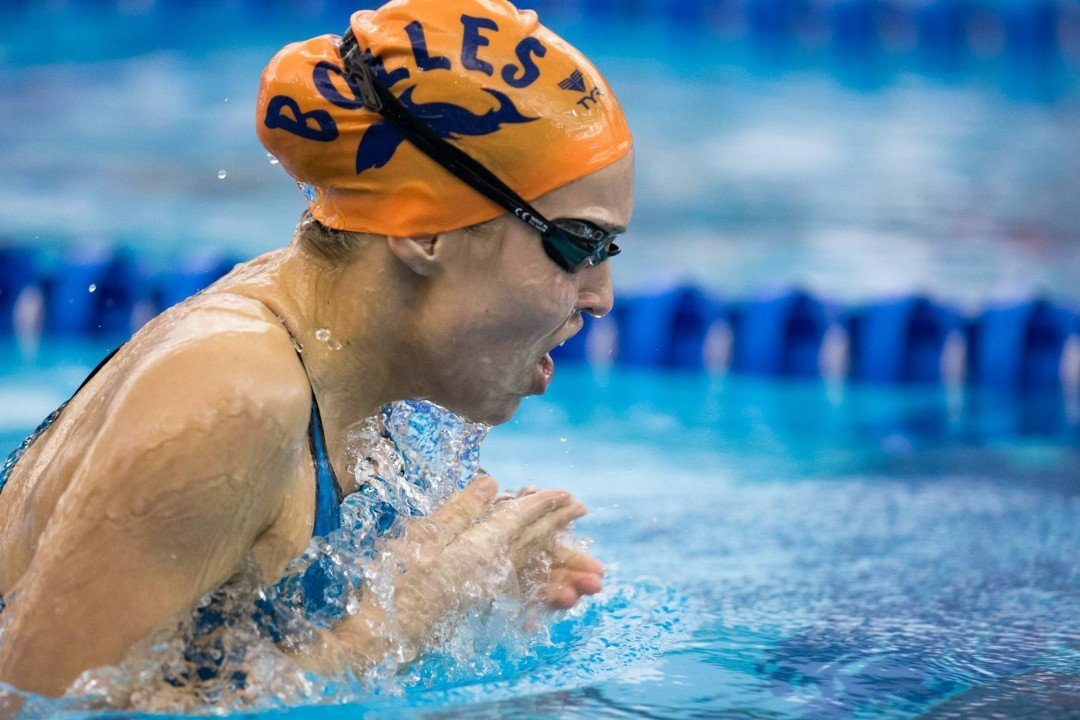 The Bolles School announced that Jon Sakovich will be stepping down from his position as head coach of the Bolles School Sharks at the end of the year. Current photo via Tim Binning/TheSwimPictures.com

The Bolles School announced that Jon Sakovich will be stepping down from his position as head coach of the Bolles School Sharks at the end of the year.  According to Head of School Tyler Hodges, Sakovich is stepping down in order to “reflect upon his personal career path and seek new challenges and growth opportunities.”

The e-mail contained a quote from Sakovich in which he says:

“I am very thankful to The Bolles School for allowing me this amazing opportunity for the last eighteen years and I could not ask for a better place to work. It is time for me to seek a change in my career direction and look for new ways to expand my professional horizons. I am committed to the continued growth and success of our student-athletes and I look forward to working with them through the fall.”

Sakovich has been a coach with Bolles since 2000, and he was promoted to the head coach position in early 2015 after Sergio Lopez resigned to take over Singapore’s National Team.

While Bolles hasn’t been quite as dominant as it was when Bolles swimmers like Santo Condorelli, Caeleb Dressel, Ryan Murphy, Joseph Schooling were dropping NAG and high school records seemingly at well, it’s continued to be one of the top age group programs in the country and has seen many swimmers commit to Division I colleges.

Prior to coming to Bolles, Sakovich had been head coach of Clearwater Aquatics and part of Florida Aquatics after competing at the University of Florida.  As a swimmer, he represented both Guam and the United States in international competition.

Full text of the e-mail:

It is with a heavy heart I announce Bolles Head Swim Coach and Aquatics Director Jon Sakovich has decided to step down from his position to reflect upon his personal career path and seek new challenges and growth opportunities. Jon shared with me that he did not reach this decision with ease, and the strength and continuity of the program are of great importance as he moves forward.

He has agreed to stay in his current post through December, which completes the fall season of Bolles Swimming and Diving, and he has offered to assist in any way with our search process for a new coach and during the transition.

“I am very thankful to The Bolles School for allowing me this amazing opportunity for the last eighteen years and I could not ask for a better place to work. It is time for me to seek a change in my career direction and look for new ways to expand my professional horizons. I am committed to the continued growth and success of our student-athletes and I look forward to working with them through the fall.”

“Due to the high school club, the swim camps, the Sharks and international boarding students, the Bolles swim program is unique to other programs across the country and we have a great team of staff and coaches who provide a solid foundation for the more than 300 student-athletes in our pools each day of the year.”

Jon has assisted with all aspects of the swimming program during his time at Bolles. He began his coaching career at Florida Aquatics in Gainesville before being named Clearwater Aquatics’ Head Age Group Coach, a post he held for four years prior to his move to Bolles. Swimmers have achieved success at all levels of the sport of swimming under his capable guidance. He has coached numerous National Age Group Top 16 athletes, high school All-Americans and Olympians.

Jon’s career as a swimmer began with the Saipan Swim Club and he went on to represent the Northern Marinas Islands at the South Pacific Games, Pan Pacific Games and the FINA World Championships. He earned an Olympic berth in 1988, representing Guam. Following the Olympics, he joined the University of Florida swim team. At UF, he earned All-American honors, won national titles both in the pool and open water, earned a bronze medal with Team USA at the 1995 Pan American Games and represented the U.S. at the 1996 Pan Pacific Championships.

The Bolles School Swimming program has an impressive and lengthy history of success and we are confident this success will continue. To date, The Bolles boys’ and girls’ swimming and diving teams have reached a combined total of 14 national titles and 70 state championships. Fifty-nine Bolles students, alumni or Sharks have participated in every Olympics since 1972, representing 28 countries and claiming 20 medals.

“The Bolles School and the Bolles Swim Programs will always have a special place in my heart.  Without this opportunity, I would not be the person, father and coach I am today,” Jon said.

A comprehensive national search will immediately begin for a new Head Coach and Aquatics Director. If you know of someone who may be interested in this position, please direct them to the Career Center on the Bolles website. This search will be a top priority in the coming weeks and we will offer updates to the community as we navigate this process. In the meantime, I know our Bolles community will celebrate the many successes Jon has achieved and wish him and his wife, Angele — along with their three children John ’16, Joseph ’21 and daughter Avyree — much luck and happiness as they look toward the future.

Just stop dude. There’s no reason to be making up stuff like that. Jon is a great man and coach and there’s nothing to read into here.

One of the best people I have ever known. Few people
Know how hard he’s worked for so many years for that team. You rock, Sakovich, even more so because I know you won’t be reading this comment!!!