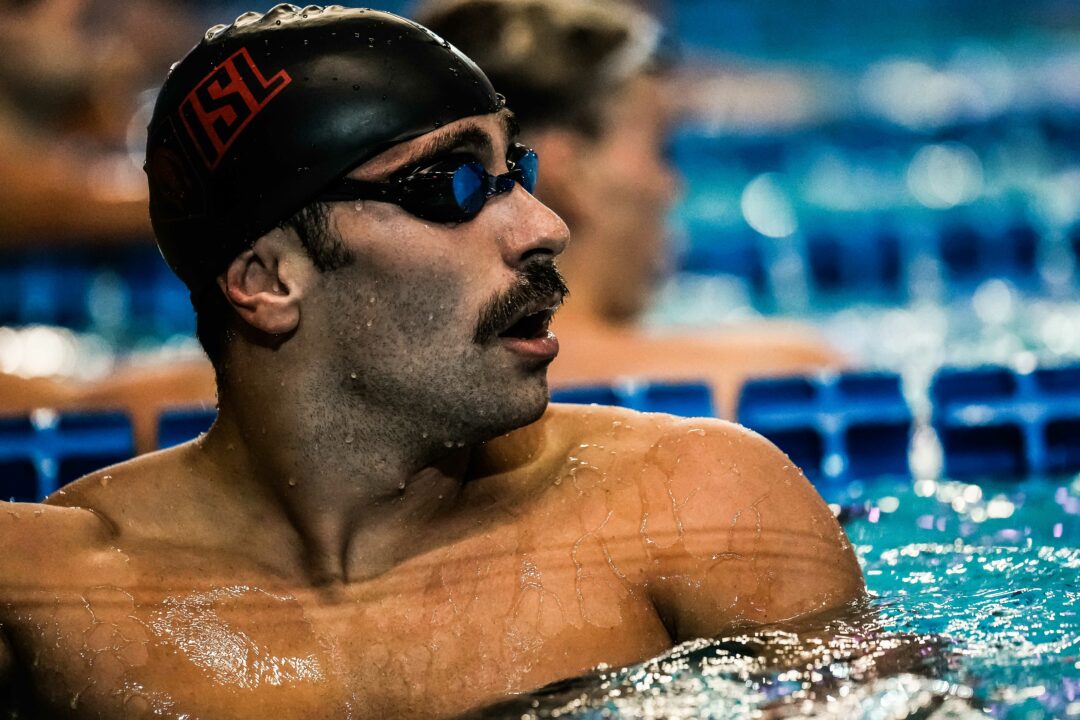 After sustaining an injury in the fall, Pieroni had time to reflect on whether or not he really wanted to continue competing at the highest level of swimming Current photo via Mike Lewis/Ola Vista Photography

We sat down with 2x Olympian Blake Pieroni who announced his retirement earlier today. Pieroni explains that after sustaining an injury in the fall, he had time to reflect on whether or not he really wanted to continue competing at the highest level of swimming. For Pieroni, his ultimate dream was to make an Olympic team – something he achieved twice in his career. Pieroni didn’t feel like he had any more left to chase and decided it was a good time to move on.

Reflecting on his career, the Indiana native says his fondest memories come from being a part of being an IU Hoosier, something he missed significantly once he was graduated and training as a professional. Even though he and the other Indiana post grads did train alongside the college team, Pieroni said he didn’t get the same feeling as he did when he was going to dual meets and conference championships as a part of the collegiate team.

Pieroni –  a Mizuno Athlete –  is currently working with a private equity real estate company in Indianapolis and says he hopes to stay connected to swimming in one way or another. He had considered coaching as an option after retirement, but says the real estate job fell into his lap and he’s liking it so far.