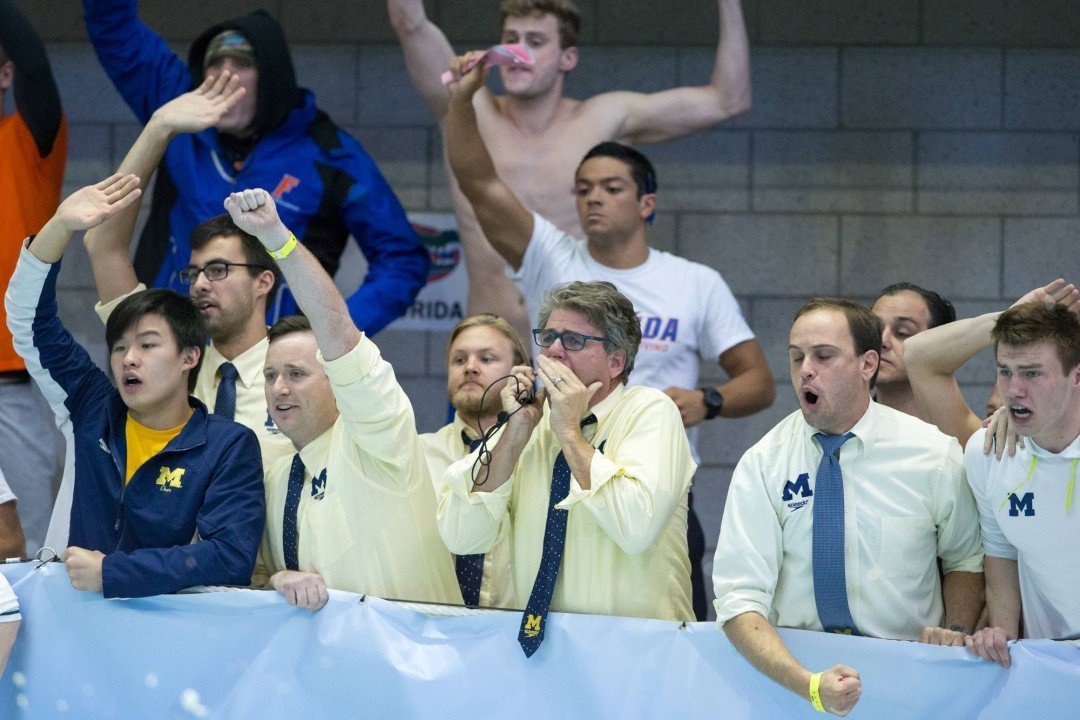 The Michigan Wolverines took third in the team race at the Men’s NCAA Division I Championship Meet on Saturday as Bruno Ortiz closed out a storied career for the Maize and Blue.

Ortiz’s last individual event for Michigan was a 42.46 100 freestyle that took fourth in the field, behind Kristian Gkolomeev, Simonas Bilis, and Christian Quintero. He finished seventh in the 100 breaststroke with a 51.68, and seventh in the 50 with a 19.32.

Ortiz also anchored the sixth place 400 freestyle relay in 41.36. He will leave the Michigan program as the record holder in the 50 freestyle, 100 freestyle, and 100 breaststroke. Ortiz’s career included four straight team titles in the Big Ten, and a team NCAA title in 2013, as well as multiple individual accolades. Overall, Ortiz will leave with both one of the most successful careers at Michigan.

Proud of the Wolverines… they really stepped up big on Day 3. Huge swims in preliminaries and a great finish to the meet… Congrats men on bringing home more NCAA hardware!!