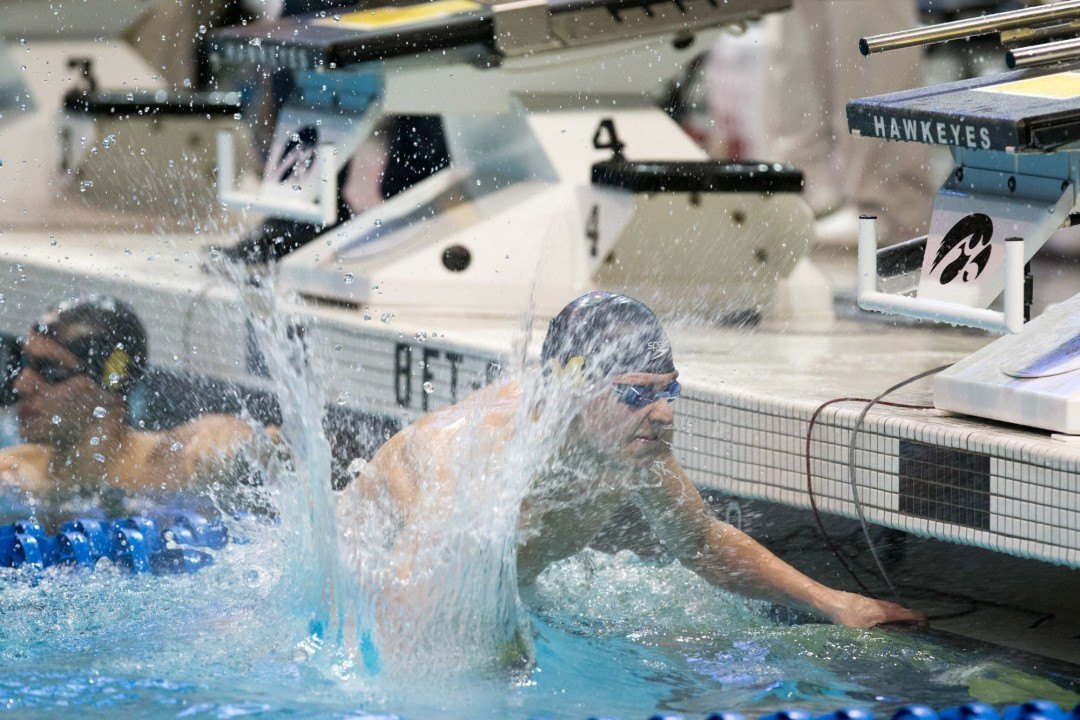 Michigan's Anders Nielsen helped the Wolverines to a fourth place finish in Friday's 800 freestyle relay after finishing second in the individual 200. Current photo via Tim Binning/TheSwimPictures.com

Continuing on a strong 200 freestyle performance that included four A finalists, the Big Ten sent two teams to top five finishes in the 800 freestyle relay. Michigan and Indiana finished fourth and fifth in 6:16.05 and 6:17.09, respectively, both added slightly from their prelim times.

Michigan is in good shape for the future in the relay as well, only Justin Glanda will graduate from the quartet that also includes junior Anders Nielsen, who finished second in the 200 freestyle individually, sophomore Jack Mangan, and junior Dylan Bosch.

USC’s Christian Quintero is a senior as well, which opens the door for Nielsen in 2016.

Indiana is in a similar situation, losing only Steven Schmuhl from their quartet that includes freshman Blake Pieroni, who A finaled in the 200 freestyle, and sophomore’s Jackson Miller and Anze Tavcar.

Also representing the Big Ten in the top 16 were Wisconsin, who finished 9th. The Badgers will only graduate Nick Caldwell from their relay. The other three legs are sophomores.

This bodes well for the Big Ten in the coming years, losing only one swimmer on each of these relays, and having A finalists Nielsen return for Michigan and Pieroni back for Indiana will only help build these relays more.

Ohio State’s relay may suffer next year, as they will graduate Rowan Williams and Michael Disalle from their 13th place relay. Disalle was an A finalist in the 200 freestyle as well, finishing seventh with a 1:33.22. Josh Fleagle also represented the Buckeyes in the A final.

Brett Hutchins isn’t a person; Matt Hutchins and Brett Pinfold are. Nick Caldwell is the only senior for the Badgers.