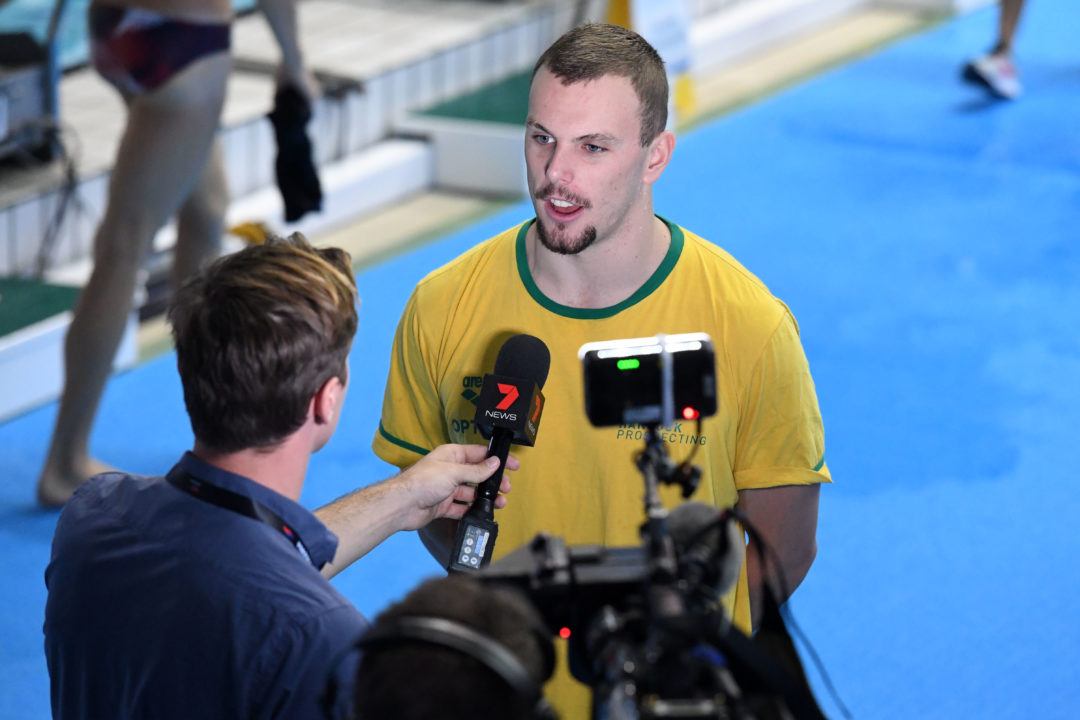 Catch up on swim happenings from around the world in this edition of Beyond the Lane Lines, featuring Australia, Germany and more. Archive photo via Swimming Australia, Ltd.

Catch up on the latest edition of Beyond the Lane Lines, our collection of swimming stories collected from around the web.

The International Paralympic Committee (IPC) announced on Thursday (15 October) the appointment of Craig Nicholson as Head of World Para Swimming.

Nicholson brings 16 years’ worth of experience as Para Swimming Performance Pathway Manager at British Swimming and has been a member of the World Para Swimming Classification Advisory Group for the past 5 years.

Of his new role, Nicholson stated, “I am really excited to be taking up the role as Head of World Para Swimming. I have been involved in Para swimming for a number of years, as a classifier, a member of the Classification Advisory Group and through my role in a National Federation. I am now looking forward to engaging with the Para swimming community to continue to build, grow and develop opportunities for the sport across the world.”

Earlier this month the KNZB made the decision to temporarily postpone all water polo matches beginning October 15th through November 8th due to the coronavirus pandemic. This hiatus applies to both the regional and federation competition, for all youth and seniors. Water polo is slated to resume the weekend of November 14th & 15th.

League leader Ilse Sindorf said, “Of course – given the development of the virus – we understand the measures taken and the ban on competitive sport and thus limit travel and contact moments. We will have to get through this period together. We hope that the clubs will be able to maintain the training activities for the members during this ‘competition-free’ period and that we can pick up the thread together again in mid-November, ”said Sindorf.

Two-time gold medalist from the 2008 Olympic Games, Britta Steffen of Germany, is returning to the Sportforum Hohenschönhausen, serving as a career advisor at the Olympic base in Berlin.

The 36-year-old mother said of her position, “In the very same office that I once sat in when I was 18, I now sit on the other side of the desk and try to help others plan their careers. I’m really looking forward to this new challenge.”

After studying industrial engineering for the environment and sustainability as well as human resources management, Steffen founded a coaching company with two partners, while also holding lectures and workshops on topics such as health management, motivation, and dealing with pressure.

“My experiences from the sport now find those listeners whom the lessons from it can help the most,” said Steffen.

Earlier this month Australia’s Seven Network and Swimming Australia agreed to terminate their broadcast partnership following Swimming Australia‘s inability to hold the Olympic and Paralympic Swimming Trials in 2020 due to the COVID- 19 pandemic as required under Seven’s media rights agreement.

Per Australia’s Ministry of Sport, the deal was originally signed for five years from 2016/17 and was set to expire after the 2020/21 swimming season, with an option for a four-year extension until 2025, but will now end this year, after Seven gave notice of termination.

Swimming Australia Chief Executive Leigh Russell said, “While we are disappointed with the outcome, we acknowledge that these are unprecedented times for businesses all over the world, including our own, and understand Seven’s position.

“I would like to take this opportunity to thank Seven for the generous contribution they have made to the sport of swimming over the years.

“Through a strong working relationship with Seven, we have been able to bring swimming to Australian lounge rooms – not just in an Olympic and Paralympic year but every year in between and that has been vital to telling the story of our incredible athletes and coaches.

“We see the broadcast of swimming in Australia as crucial to our sport and the fabric of the Australian sporting landscape and we will continue to explore options within the media and digital landscape for opportunities to share and showcase our amazing sport, which literally millions of Australians are involved in.

“With 2021 Olympics and Paralympics around the corner, we are firmly focused on the future for our athletes, coaches and fans.”

Although not swimming-related per se, it’s still interesting to note that the prestigious Tokyo marathon running race has seen its timeframe moved from March 7, 2021, to October 17, 2021, due to the ongoing coronavirus pandemic.

Tokyo is one of the six World Marathon Majors along with Boston, Berlin, Chicago, New York, and London, with all locations save London having already been canceled. An estimated 38,000 runners set to participate in Japan’s edition. (Reuters)

As of October 20th, Japan has seen 93,480 coronavirus infections reported, resulting in 1,676 deaths. Tokyo is the host city of the postponed 2020 Olympic Games.

Steffen lecturing on how to deal with pressure. Good one! Most famous head case in German swimming history…

Germans are never head cases. You are thinking of their mad neighbours.