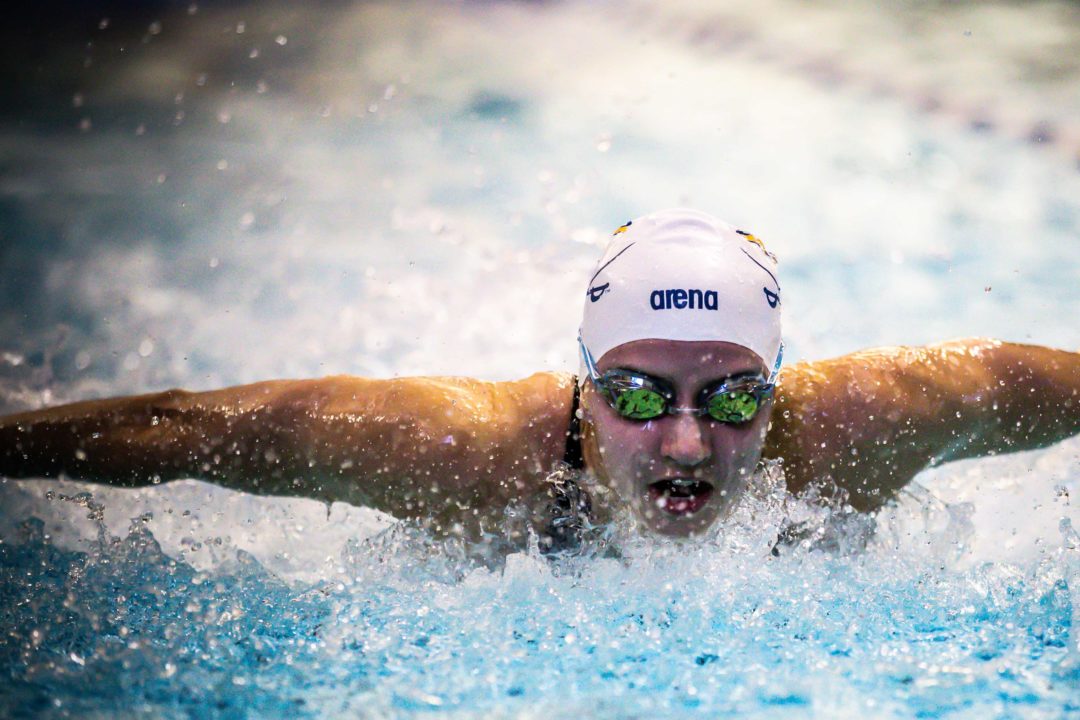 The CSCAA's season-opening dual meet polls are out - but they don't account for top swimmers or teams sitting out the season. Archive photo via Jack Spitser/Spitser Photography

The season-opening dual meet polls are out from the College Swimming & Diving Coaches Association of America (CSCAA) – but they don’t account for top swimmers or teams sitting out the season.

Texas leads Cal on the men’s side, while Virginia tops Stanford for the women. But the polls do omit some key absences that have already been confirmed for the college swimming season. Most notably, Arizona State received votes for both men and women, and hold the #12 rank on the men’s side. ASU confirmed in July that it would be redshirting its entire roster for the 2020-2021 season and not competing at the NCAA level for the year.

Voters were to fill out their ballots as if Arizona State was competing this year. The same goes for several very notable would-be freshmen who have already announced deferred enrollments that will keep them out of college swimming until after the 2021 Olympics. That includes #1-ranked overall recruit Regan Smith (Stanford) and two other top-flight Stanford prospects: Lillie Nordmann and Samantha Pearson.

Looking at the Men’s side anyway and how many Power 5 schools (excluding the BigXII) did NOT receive votes in this poll? Michigan State jumps out, but otherwise the remaining Big10 schools received points, as did each of the 6 Pac12 schools. Boston College, Duke and North Carolina from the ACC not on the list. Any SEC schools missing?

Congrats to Harvard, Navy and Denver, I guess, for being the lone mid-majors.

Could someone please explain where the specific “point” values come from? Is it based on coaches votes, times, results, etc.?

Ballots are submitted by each voter. 1st place gets 25 points 2nd gets 24 3rd 23 points down to 25th getting 1 point. They add them all up and rank them.

Stanford is also missing Ruck. 4 key contributors are not with the team this year. What if they are with the team, how sill it affect the ranking? Stanford or Virginia as no. 1?

Will d2 and d3 polls be released at some point in the near future?

Why are the VOLS only ranked 14th? Great diving, great recruiting and great coaching by Lance Asti!!!

6th in their own conference, at least 5 teams in other conferences that are unquestionably better. 14 seems reasonable

But let me help you out. “Don’t sleep on Tennessee!”

I see the VOLS second or third at SECs this year and DEFINITELY 9th or 10th at NCAAs – behind UF and UGA only…What happened to AU swimming? Didn’t they used to be pretty good??

It will hurt me rooting for u when u are on Ohio state.

As great as it is to see Iowa on there, I can’t help but imagine it hurts a little bit for those athletes.

On the other hand…nobody missing Michigan State on this list.

And they even have a vote on the committee