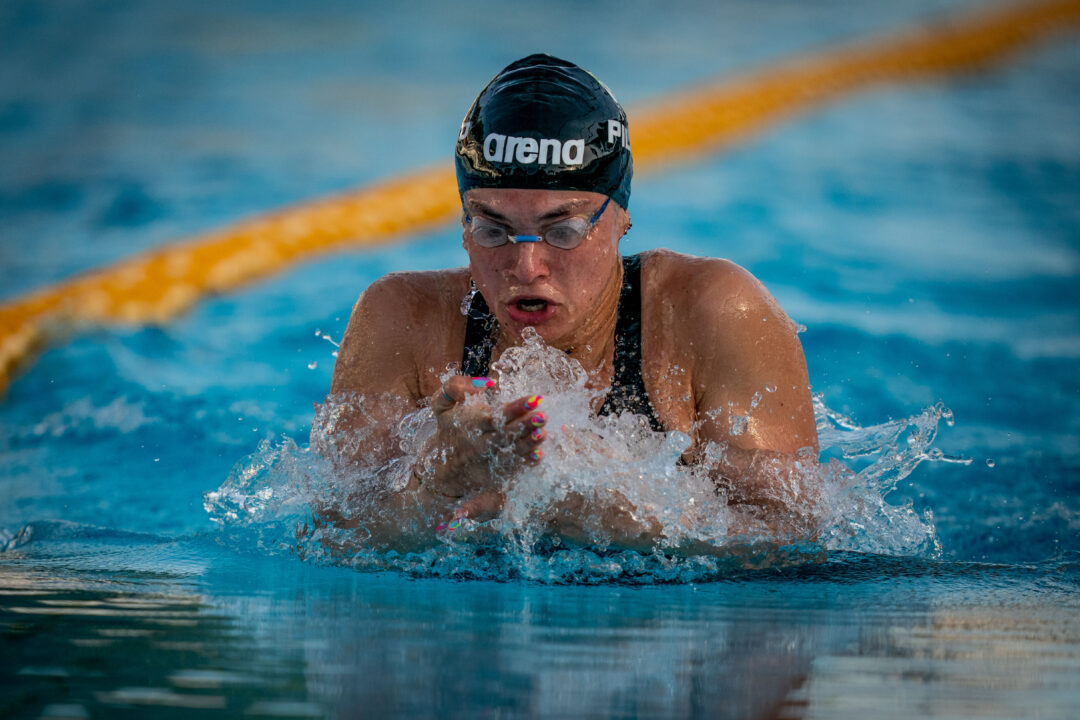 Newly minted world record holder Benedetta Pilato will race at home in Rome for one final tune-up meet before the Tokyo Games. Archive photo via Mine Kasapoglu

It has been confirmed that World Record holder Benedetta Pilato will be among those competing at the upcoming 2-021 European Junior Swimming Championships that are set to take place in Rome, Italy from July 6 – July 11. Pilato is set to race the 50 and 100 breaststrokes and will enter both events as top seed with a 29.30 in the former and a 1:06.00 in the latter. Pilato recorded that 29.30 50 breaststroke at the recent European Swimming Championships which marked a new world record in the event, improving upon Lilly King’s 2017 mark of 29.40.

This meet for Pilato will serve as a final tune-up for her as she prepares to race at her first-ever Olympic Games. Pilato is slated to race the 100 breaststroke for Italy later this month in Tokyo. The fact that the Championships are taking place in Pilato’s home country seems to have worked in her favor, allowing her to remain in Italy until the Italian national team heads to Japan on July 12.

Estonia’s Eneli Jefimova represents the second seed to Pilato in both the 50 and 100 breaststroke at European Juniors and will also likely be pulling double duty for her country as she’s expected to race at the Olympics as well. Jefimova will enter with a 30.83 in the 50 and a 1:06.47 in the 100 and will also race the 200 breaststroke in Rome, holding a 2:26.88 for top seed. Jefimova’s 1:06.47 at the 2021 European Swimming Championships got Jefimova under the 1:07.07 FINA A cut in the 100 breaststroke, making her eligible to represent Estonia at Tokyo 2020.

The 1:06 is her entry time rather than her PB which obviously changed after the entries were submitted.

Tipping her to medal at the Olympics.

Pilato is a big threat for Tokyo. She could do a Ruta.