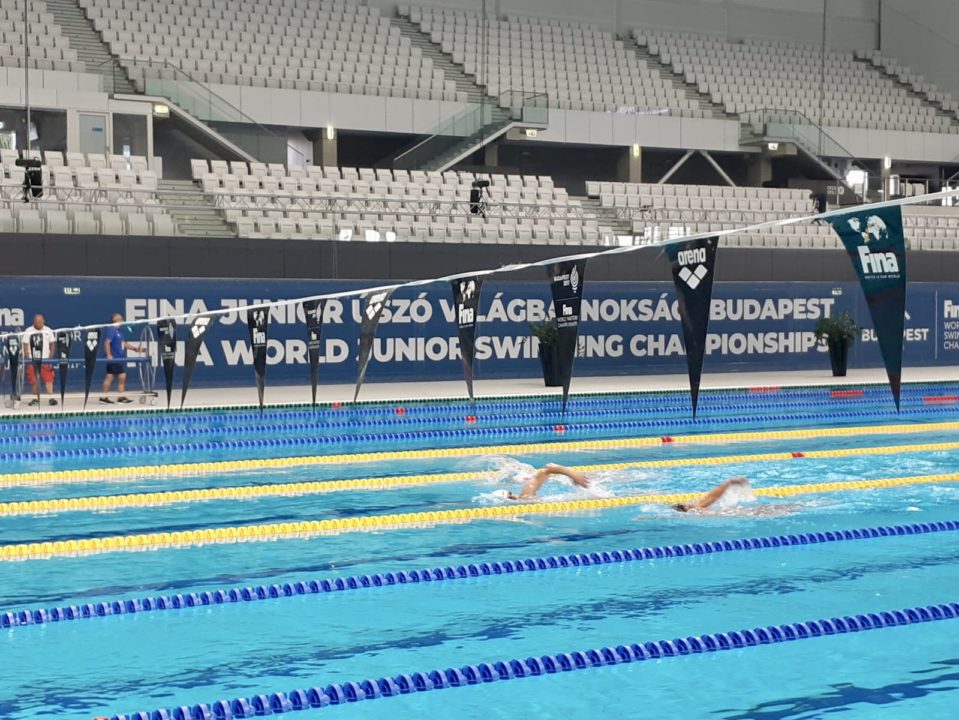 Artur Barseghyan broke the Armenian national record in during the semi-finals of the 100m free. He set the previous record in Gwangju last month. Archive photo via Stefano Nurra

Artur Barseghyan broke his own Armenian national record in the 100m freestyle at the World Junior Championships in Budapest on Saturday. He lowered his previous benchmark time of 50.26 with a time of 49.96 in the semi-finals. He went out in his first 50 in 23.92 and came home in 26.04 for his first sub-50 swim.

Barseghyan touched sixth, qualifying for the finals which will take place on Sunday, giving him one more chance to lower his record. Below is a comparison of his previous record time, and his semi-final swim.

Barseghyan also holds the Armenian national record in the 50m (22.69) and the 50m fly (24.42), both of which he achieved at Youth Olympic Games in Buenos Aires, Argentina last October.