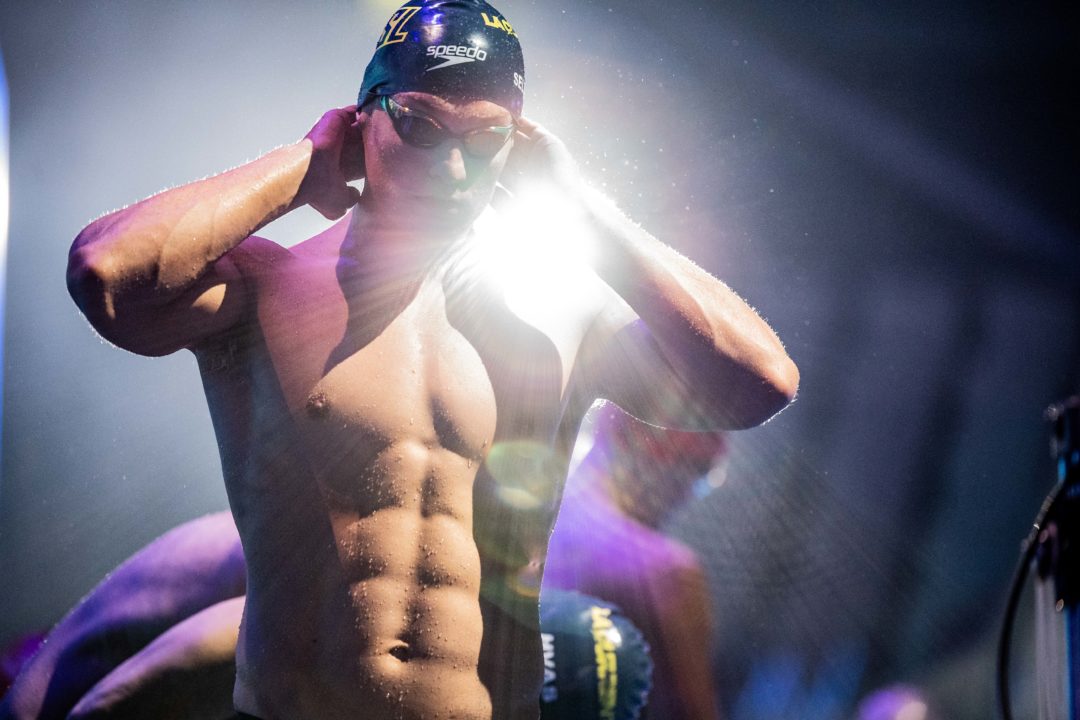 LA came away with 15 points in the 200 IM thanks to Andrew Seliskar and Tomoe Hvas who finished 1st and 4th, respectively Current photo via Mike Lewis/Ola Vista Photography

Energy Standard was unimpressive in this heat, emerging with only 4 points, while the Condors take away just 5.

Duncan Scott was originally going to swim the 50 freestyle and relays only but was entered in this race where he did prove vital, although he wasn’t as fast as his 1:51.66 from last week that denied Tokyo Frog Kings’ Kosuke Hagino.

And we guarantee just as good a workout as the 8 minute folk.