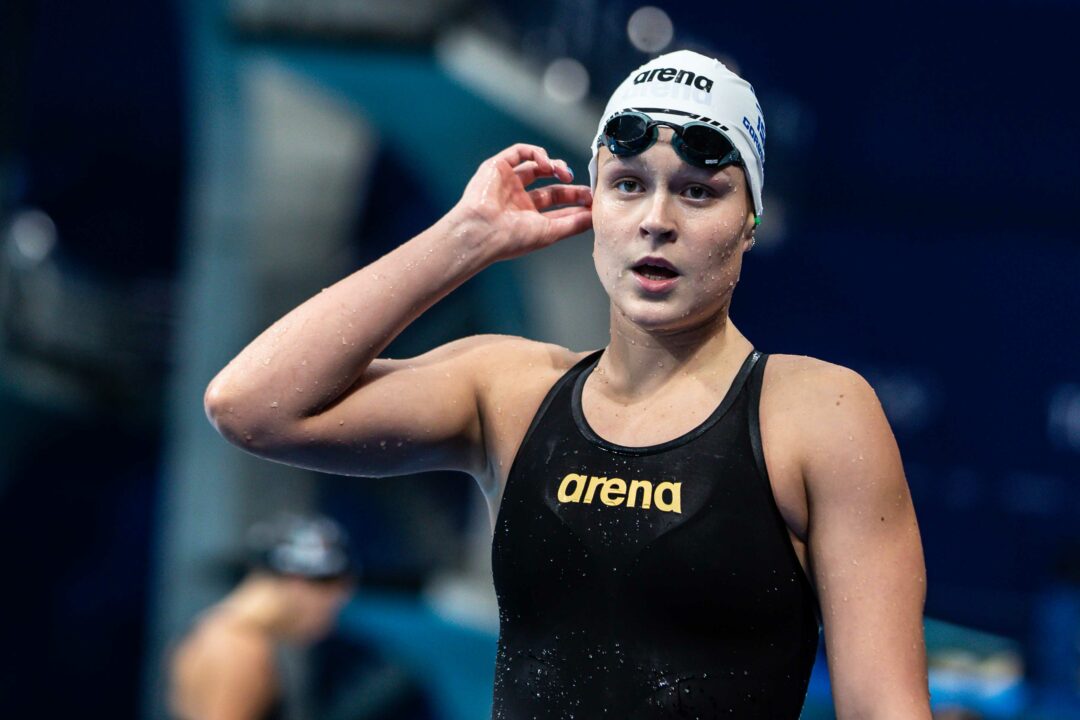 The 18-year-old Gorbenko broke Israeli records in the 100 and 200 back, neared them in the 50 back and 50 breast, and also raced the 400 free relay on Day 1. Archive photo via Jack Spitser/Spitser Photography

One of the most versatile swimmers in the ISL was at it again during the opening day of the fifth playoff match in Eindhoven, as LA Current swimmer Anastasia Gorbenko broke a pair of Israeli National Records while narrowly missing two more.

Gorbenko, who has primarily raced the breaststroke and individual medley events this season, stepped up and took on backstroke duty for the Current with the club missing Kathleen Baker.

Gorbenko first took on the 200 back—her first time racing the SCM event in four years, according to swimrankings—putting up a time of 2:05.36 to crush the Israeli Record of 2:06.97, set by Aviv Barzelay in August 2020.

The 18-year-old Gorbenko then carried on with her busy session, splitting 52.63 on the LA women’s 400 free relay, narrowly missing a pair of her own Israeli records in the women’s 50 back and 50 breast, and then lowering another National Record on the lead-off leg of the women’s 400 medley relay.

Gorbenko’s versatility has been on full display this season, proving to be an invaluable asset for LA with the ability to step in and put up points wherever she’s called upon.

The reigning long and short course European champion in the women’s 200 IM, Gorbenko has now scored 193 points for the LA Current this season. Prior to Day 1 of Playoff Match 5, she ranked 29th in the ISL with 179 points, having put up 14 in her five-event mission on Thursday.

She now holds 18 national records (8 LCM/10 SCM) in all but butterfly strokes ( where she holds junior records).