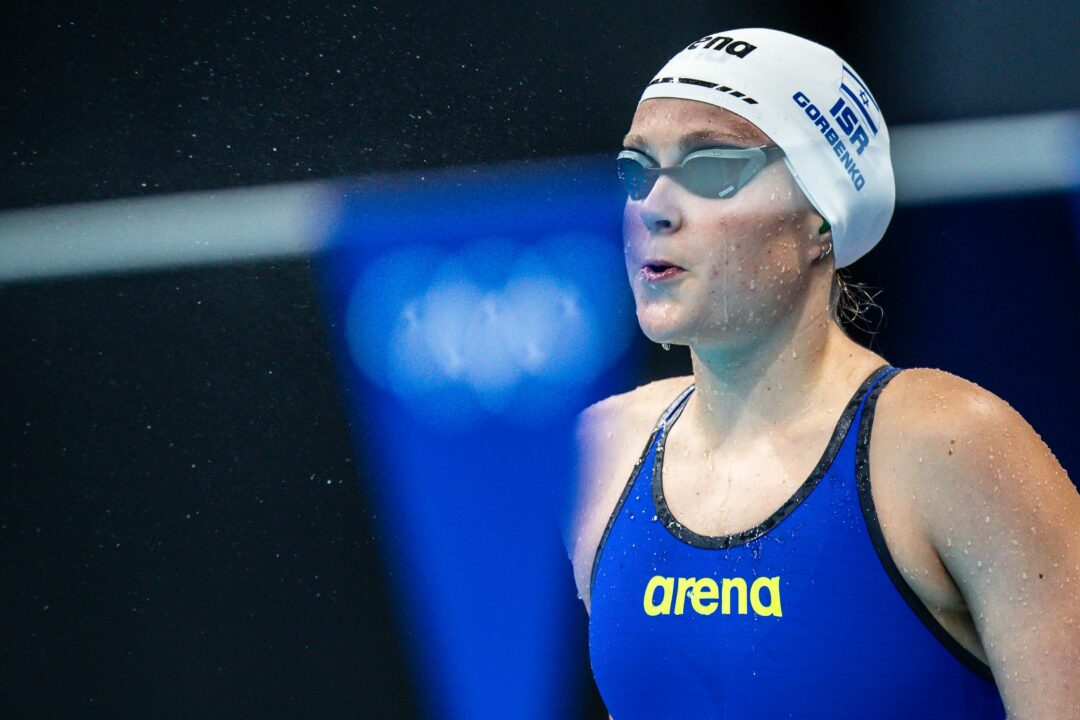 Anastasia Gorbenko finished 4th in the 200 breaststroke on Saturday during Match 2 of the ISL season. In the process, she broke another National Record. Archive photo via Jack Spitser/Spitser Photography

Anastasia Gorbenko‘s claim to ‘Israel’s all-time greatest swimmer’ becomes harder-and-harder to dispute with a new record-breaking swim at seemingly every meet she races.

The latest came in her ISL season opener on Saturday, when she swam a 2:20.11 in the 200 meter breaststroke. That broke the old record of 2:21.67 that was set by Amit Ivri at the 2014 Israeli Championships.

Ivri was best known as a butterflier during her competitive career, which concluded at the 2018 European Championships, and still holds short course national records in both the 50 and 100 meter butterfly races in short course and long course.

The 18-year old Gorbenko now holds Israeli National Records in 16 different events. That’s almost half of the 35 official events for which records are kept. She has broken some of those records more than once.

Gorbenko’s prior best time in the race was a 2:22.70 done from August 2020. That was also the Israel Junior Record.

A versatile swimmer, she holds records in every stroke except the butterfly races. That versatility shines in the IM events, where she was the 2018 Youth Olympic Games Champion and 2020 European Champion in the 200 IM.

At last summer’s Olympics, Gorbenko entered 5 individual events and 1 relay. Her best finish was in the 100 backstroke, where she advanced to the final and finished 8th. That made her the first-ever Israeli woman to qualify for an Olympic swimming final.

She also made the semi-final in the 200 IM at the Olympics, placing 10th.

Gorbenko’s record-breaking swim on Saturday at the ISL was good for 4th place in the 8-swimmer field, finishing behind Lilly King’s 2:17.86, Emily Escobedo’s 2:18.63, and Abbie Wood’s 2:19.43. She has 1 career ISL victory in an individual event. That came in the 200 IM during the semifinals of season 2.

The LA Current are currently in 2nd place after the first day of Match #2 with 238 points. That leaves them 93 points behind Cali Condors and 48.5 points ahead of Tokyo Frog Kings – a comfortable margin in either direction.