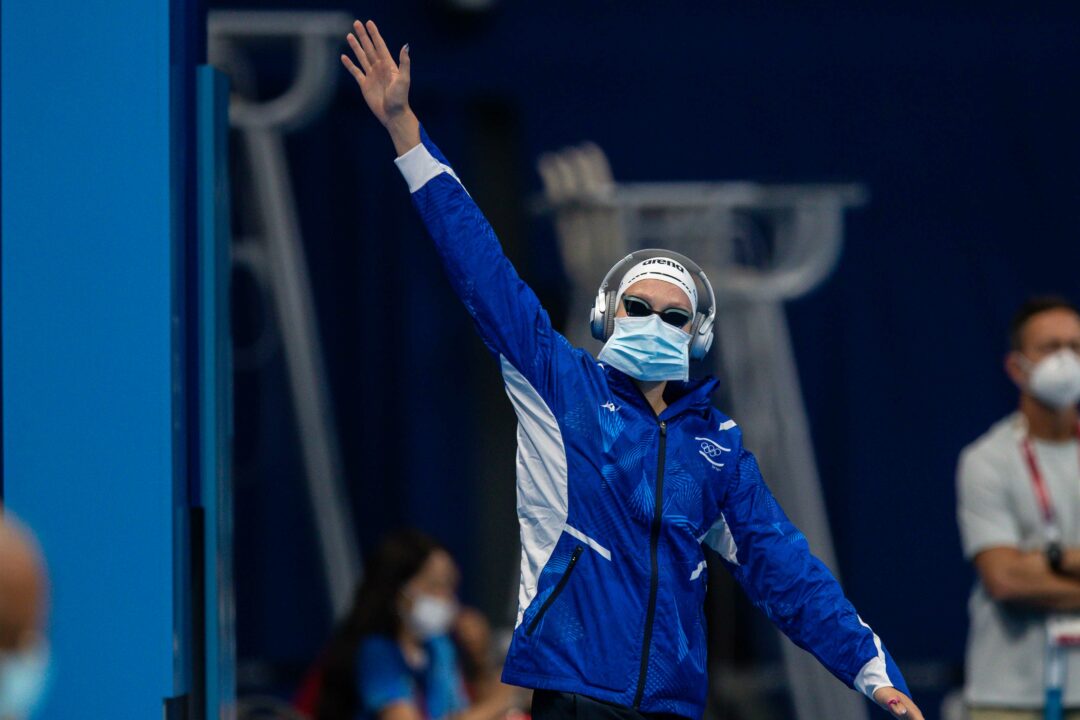 Israel’s young star swimmer Anastasia Gorbenko has become the country’s first-ever female swimmer to qualify for an Olympic final, sneaking into the 8th spot in the women’s 100 backstroke final.

Gorbenko is so versatile that she entered the meet with some tough choices to make. She scratched the 400 IM prior to the start of the meet, and then was a no-show in the 100 breaststroke that was a perfect overlap in timing with this 100 backstroke.

In the women’s 100 back semifinals, she swam 59.30 to take almost half-a-second off her own Israeli Record of 59.78 done in May of this year. The 17-year old has been on a tear for the last 2-or-3 years, seeming to break an Israeli Record at almost every meet she swims. At present, she holds 8 out of 17 Israeli Records in women’s long course events and has already clearly established herself as the country’s best-ever female swimmer, even at such a young age.

While any swimmer with a lane has a chance in a final, as we’ve seen demonstrated at this meet already, Gorbenko doesn’t seem to have much chance at a medal in the final. For what it’s worth, a similar half-second drop in the 100 breaststroke would have made her the 5th seed in that final.

But the swim is historic none-the-less. Israel has, on three occasions, had men qualify for Olympic finals. In 1996, the men’s 400 medley relay team of Ethan Urbach, Vadim Alekseyev, Dan Kutler, and Yoav Bruck qualified for the final, finishing 8th. Four years later, Urbach finished 8th as an individual in the 100 backstroke and more recently in 2012, Yakov Toumarkin finished 7th in the 200 backstroke.

So Israel is seeing dividends from their American coach David Marsh, who was controversially brought in after the 2016 Olympics to help build-up the Israeli program. Marsh, the head coach of the U.S. women’s team at those Rio Olympic Games, didn’t put a swimmer on the U.S. Olympic Team this year, but he has been the primary coach, either directly or by direction, of Gorbenko for much of her rise to the top.

This all sets up for her primary event, the 200 IM, later in the meet. She enters as the 12th seed, but with her momentum after this 100 backstroke final, as well as a chance to get that first nervous final out of the way, she could close the gap toward a medal. Her seed time in that event is 2:09.99 and the 3rd seed Sydney Pickrem, who already missed the 400 IM with an undisclosed health issue, enters with a 2:08.61. Between the uncertainty of her swims and top-seeded Katinka Hosszu’s struggles, a medal doesn’t seem out of reach for the young Gorbenko.

And she didn’t even pull on the lane line!