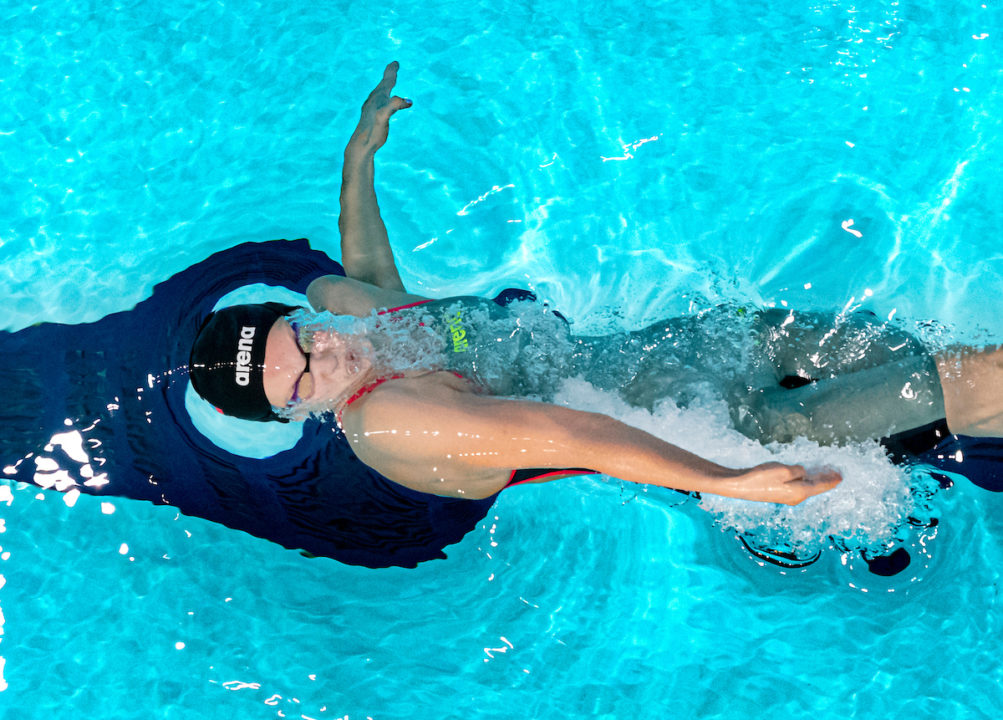 The negative tests has allowed the participants in the camp to officially return to the water and resume training at Lake Krugloye. Above, World Championship bronze medalist Daria Vaskina. Current photo via (G.Scala/Deepbluemedia/Insidefoto

All participants in Russia’s National Team reopening training camp at Krugloye Lake have tested negative for coronavirus, the All-Russia Swimming Federation reports on Friday. This means that they have officially been allowed to enter the water at the multi-sport training facility and begin their returns to training.

The swimmers will soon be joined at the training center by gymnasts and members of the country’s best-in-the-world synchronized swimming program.

While Russia still has not released a full roster of swimmers who are in attendance at Krugloye Lake, nor responded to requests for a list, we know of at least 3 names who have made their way there. As previously reported, World Championships bronze medalist Daria Vaskina and Russian Record holder in the women’s butterfly events Svetlana Chimrova are both at the camp. So too is Nika Godun, who was a finalist last year at both the European Short Course Championships (7th – 100 breast) and a semi-finalist at the World University Games (10th – 50 breast, 13th – 100 breast).

The first male names attending the camp are emerging as well, including Nikolay Snegirev, who was the silver medalist in the men’s 200 free at the 2019 World University Games.

With pools expecting to open around the country, many of the country’s biggest name swimmers aren’t attending the camp, instead planning to resume training on their own.

All told, the camp is being limited to 40 people, including swimmers, trainers, and coaches, and won’t include National Team coach Sergey Chepik, who at 66-years old is in a high risk demographic.

Too bad covid is all they are testing for

Good to see some positive news on the virus front and swimmers getting back into the water.