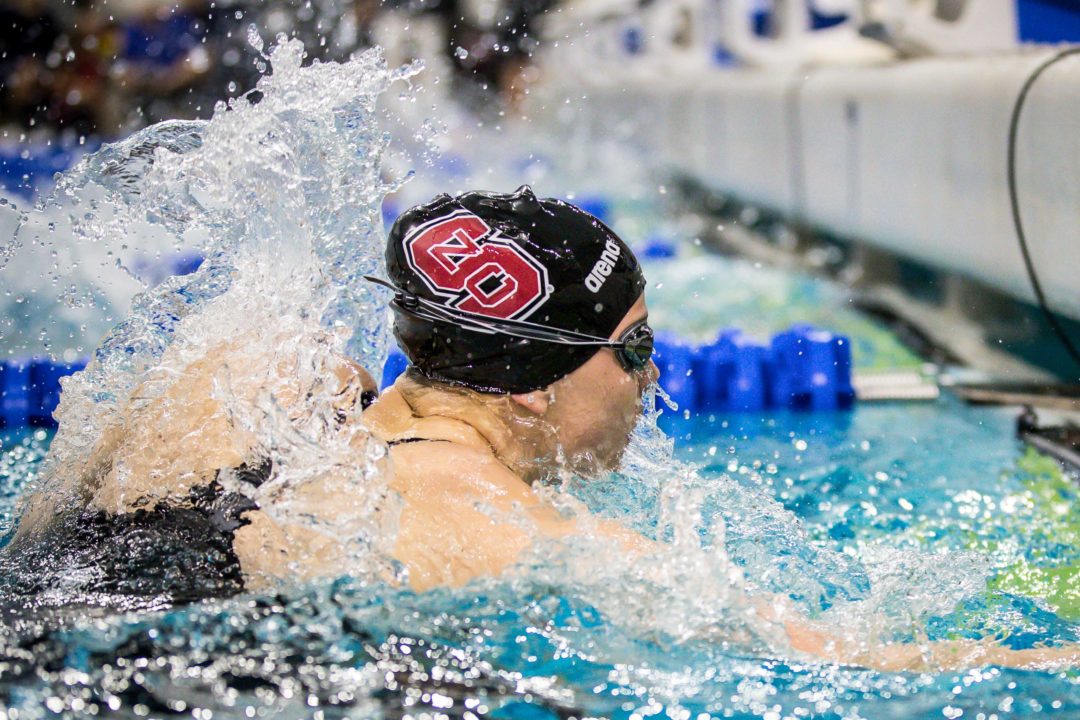 Swimming at home for the last time this season, the Wolfpack men and women defeated the Seahawks of UNC Wilmington 160-126 (men) and 186-105 (women).

The trio of teams represent 3 of the top 4 finishers from last year’s ACC men’s and women’s championships.

The NC State Wolfpack are the five-time defending ACC champs on the men’s side. They’ve named their six team captains for the coming year, according to the team’s coaching staff:

Virginia, the defending ACC women’s champions, named the captains of their women’s team in an Instagram post Friday:

Can Virginia please get someone who knows how to use Photoshop? Those graphics hurt my eyes.

I think you need new eyes instead.

Very minor correction — Scot Robison from UVA had a helluva career and was ever so close, but was not an Olympian. He finished 7th in the 100 free at OTs.

Breaststroke depth in the ACC is insane.

Girls? They don’t have “girls” swimming in college. But they DO have women’s swimming.

I’ma have to keep that in mind the next time one of these college swimmers get arrested and y’all mad at Swimswam for reporting on the misadventures of “just kids.”

Where do you draw the line between girls and women? Because, Kate Douglass was under the age of 18 when the season started 😉

Wonder if any of these kids are swimming……

Can we discuss the fact that Virginia will have three underclass(wo)men who are 2:05 in the 2brst

It’s crazy. And Douglass wasn’t even fully rested for ACCs (at least based on my assumptions). I don’t even know what she would’ve went at NCAAs.

I’m curious as to what Alex Walsh will even swim next year. Logically, the 200 IM. Then either 100BK/200BK or 100BR/200BR. With Regan as a freshman next year it would be logical to do the breaststrokes, but based on Virginia’s needs it may have to be backstroke. Or possibly backstroke on relays and breaststroke individually.

Walsh could also swim diff events at ACCs and NCAAs